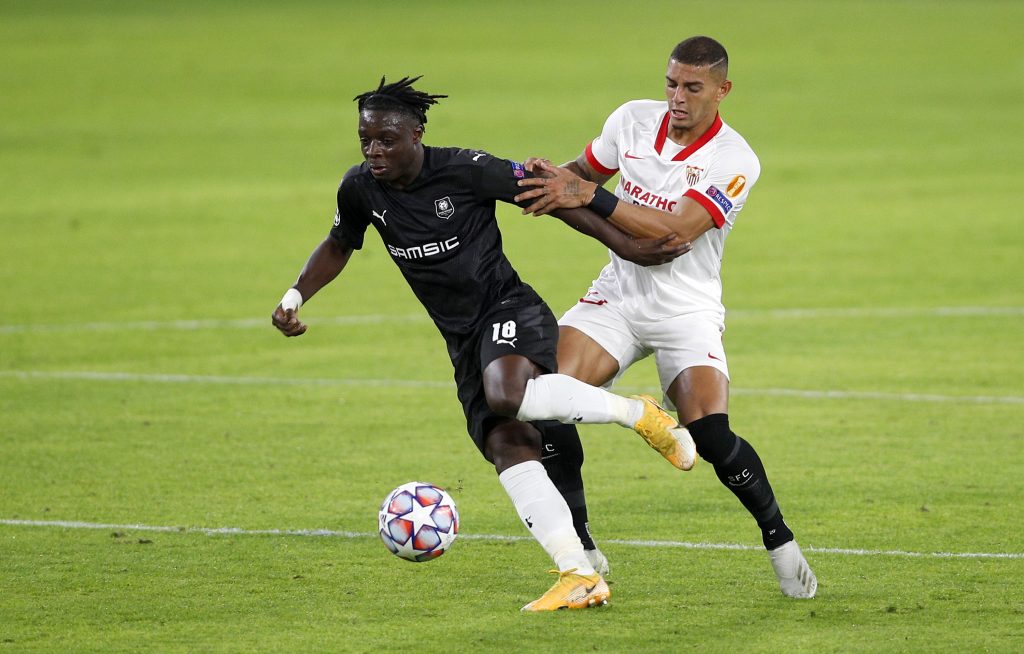 Liverpool are thought to be monitoring the progress of the Rennes forward Jeremy Doku.

The 18-year-old has produced some eye-catching performances in Ligue 1 and in Europe over the past year and he is regarded as a world-class prospect.

According to HLN, he has been on Liverpool’s radar for a while now and the youngster visited the club when he was 15. He met with Sadio Mane, Jurgen Klopp and Steven Gerrard back then and the forward was given a tour of the facilities.

It will be interesting to see if the Reds decide to move for him at the end of this season. Doku can play on either flank and he could be a versatile addition to Jurgen Klopp’s front three.

The youngster has been likened to Sadio Mane because of his playing style and he could be the long-term replacement of the Senegalese superstar at Liverpool.

Jurgen Klopp has helped young players like Trent Alexander-Arnold, Joe Gomez, Curtis Jones develop over the last few seasons and he could do the same with Jeremy Doku. The Rennes forward needs a manager who will trust in his ability and is willing to give him regular chances.

Liverpool will have to start planning for life without their usual front three and the signing of Diogo Jota this summer is a step in that direction. Doku could another long-term addition for them who can fill the wide roles. The Reds must also look to bring in a quality number nine in the coming months.

The 18-year-old will add pace, flair and set-piece quality to the side. The youngster needs to work on his finishing but he certainly has the talent to improve further.

It remains to be seen whether Rennes are willing to consider a sale in the summer. The 18-year-old forward will not be a cheap signing for the Reds but it could prove to be a smart long-term investment for Liverpool.