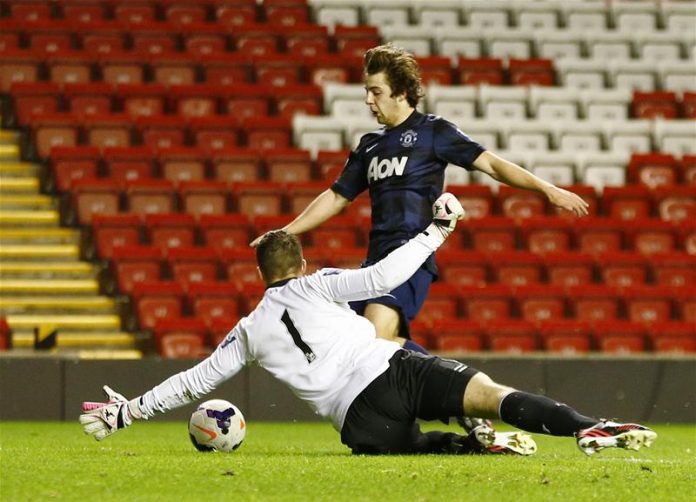 Liverpool Football club have confirmed that goalkeeper Ryan Fulton has joined Portsmouth on loan for the rest of the season.

The talented young keeper has been a regular in the Liverpool under-21 side this season and will now continue his development with regular first-team action with Portsmouth.

The 19-year-old Liverpool keeper has impressed for the under-21 side and was rewarded with a new deal back in December.

Liverpool decided to recall the talented Danny Ward from his loan spell in Scotland and with Mignolet and Bogdan already at the club, there is little chance of Fulton making his first team debut this season. Therefore, a loan move away from the club will benefit the player and the club in the long run.

Fulton is quickly becoming too good for the under-21 level and needs the challenge to continue his development and fulfill his potential. A move to Portsmouth will give him much-needed experience and confidence.