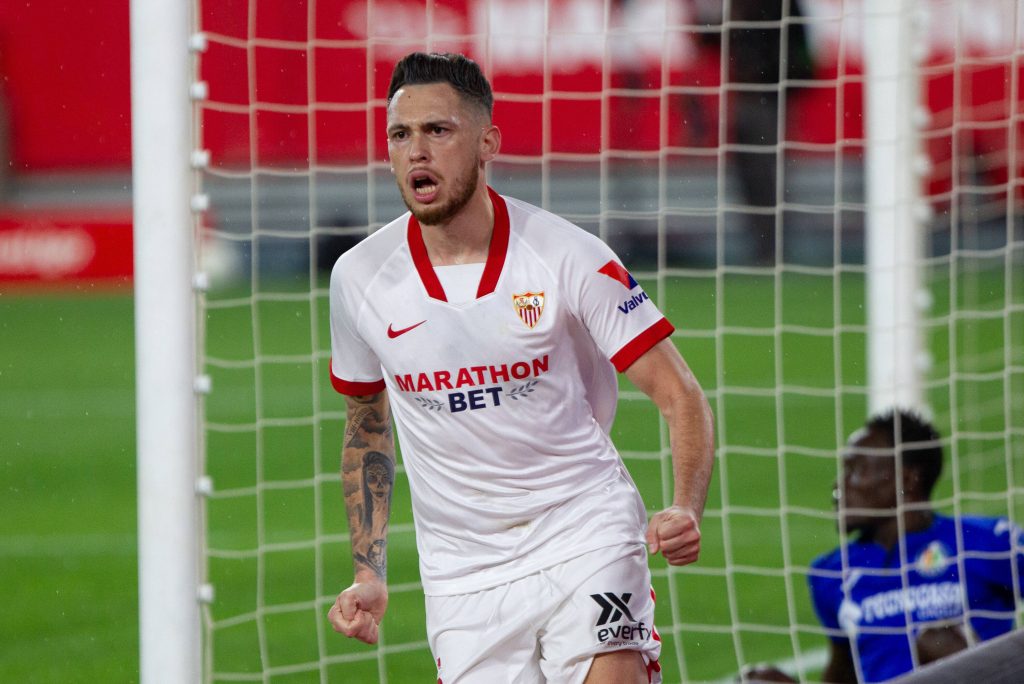 Liverpool have been linked with a move for the Sevilla attacker Lucas Ocampos.

According to Calciomercato (via La Razon), the reigning Premier League champions are prepared to submit a bid for the Argentine international. The player has a release clause of €65 million.

The report from Calciomercato states that Jurgen Klopp wants to take the player to Liverpool.

It is no surprise that Jurgen Klopp wants to add more attacking options to his squad. The likes of Sadio Mane and Roberto Firmino have not been at their best this season and the Reds need to improve in this department.

The signing of Diogo Jota has been a major success story and another attacker would be ideal next season.

The 26-year-old Sevilla star has seven goals and four assists to his name and he would be an upgrade on the likes of Takumi Minamino and Divock Origi.

The Argentine can play as a wide forward on either flank and his versatility will be an added bonus for Liverpool and Klopp.

The Reds must look to add more quality and depth to their side if they want to keep challenging for the Premier League and the Champions League in the future.

Lack of proper investment has led to a faltering title defence for Liverpool and they cannot afford to repeat those mistakes in the summer.

Sevilla are in need of money right now and the Reds will be eager to convince them to sell Ocampos in the summer.