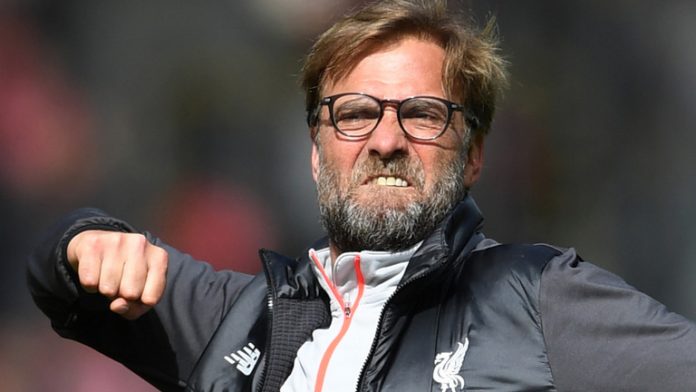 Klopp’s claim that he has “never celebrated another team dropping points” after Manchester City defender Kyle Walker posted a tweet mocking the Reds’ 1-1 draw with Leicester City is well, let’s face it, quite ridiculous.

Harry Maguire’s equaliser prevented the Reds going seven points clear at the top of the Premier League, a day after City lost 2-1 to Newcastle United.

Walker posted a popular meme of Maguire from the World Cup with the caption: ‘So basically they thought they were gonna go seven points ahead’.

He subsequently deleted it, but it soon went viral.

When asked about Walker’s tweet ahead of Monday’s game at West Ham United, the Liverpool boss came up with the following, erm, load of claptrap.

“I never celebrated that another team dropped points or lost a game – for me that’s not allowed,” he said.

“For supporters it is a little bit different, for people involved I don’t understand.”

Let’s imagine the scenes in the Klopp household on Tuesday as Matt Ritchie fired Newcastle in front from the penalty spot.

Hands up who thinks Klopp was sat comfortably in his armchair as City crashed to a shock defeat?

Anyone? Thought not. Claiming otherwise is insulting people’s intelligence.