Hatem Ben Arfa faces an uncertain future at Newcastle United. The highly talented French winger has been at odds with Alan Pardew, ever since he openly criticised the Newcastle manager’s tactics last season. He admitted to being ‘sad and frustrated’ under Pardew and the relationship between the two hasn’t been on the same plane since then, which only points out to Ben Arfa’s exit from Tyneside.

According to reports from France Football (in their latest issue) several Premier League clubs have been showing a keen interest in him, with Liverpool, Lyon and Everton could one of his possible destinations in the summer.

The 27-year-old is a mighty gifted player but his attitude has often come under scanner from time to time. He has this natural ability of dribbling past players and has this uncanny knack of producing something sensational out of nothing. 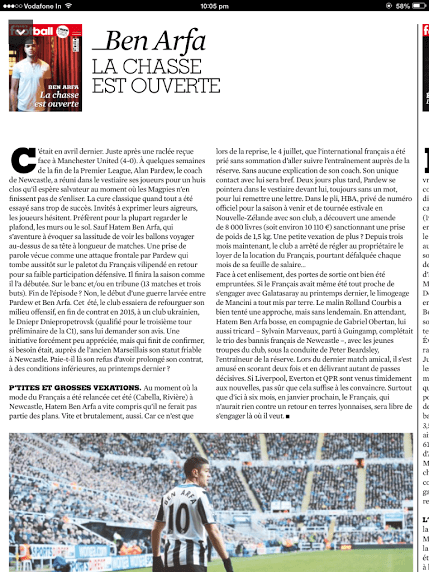 This summer is simply massive for Liverpool. If the last season was a season of introspection, then this has to be a season of expectation for the Liverpool fans. Brendan Rodgers has been backed with funds and he made no mistake in bringing in quality players, and there is a positive vibe around Anfield, despite the departure of talisman striker Luis Suarez, who joined Barcelona.

The Reds have already signed couple of attacking midfielders/forwards like Adam Lallana and Lazar Markovic, which probably means Rodgers won’t be looking to sign another attacking player this summer. Or may be not.