Liverpool are attempting to sign Brazilian midfielder Allan Rodriguez de Souza from Internacional, according to reports from The Guardian.

The Reds have conducted early business this summer, having made six signings so far. Liverpool dished out £29m to sign Brazilian midfielder Roberto Firmino last month, and it seems another Brazilian could be heading towards Anfield this summer. 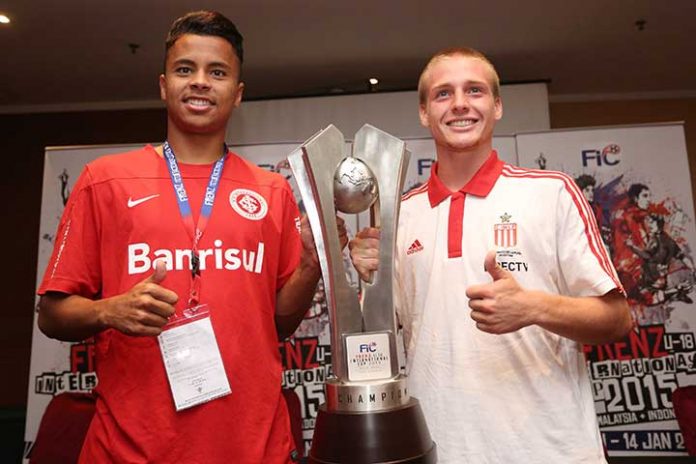 Allan is a highly rated 18-year-old midfielder. He impressed Liverpool scouts during the Frenz International Cup held in Indonesia and Kuala Lumpur earlier this year. Andy Hunter reports that talks are on going to bring the player to Anfield from Porto Alegre at the moment.

Allan would cost around £500,000 and he will be drafted into Liverpool’s academy youth ranks. Liverpool early this week have confirmed the signings of 16-year-old Dutch winger Bobby Adekanye and 17-year-old striker Brooks Lennon.

Lennon spent a trial period at Liverpool in January 2014 and joined MLS side Real Salt Lake, where he scored 31 goals at the academy last season.

Liverpool are also expecting to sell few players to balance their book. Fabio Borini, Rickie Lambert and Mario Balotelli, the three strikers at the club, are all being linked with a move away from Anfield.

Spanish newspaper Marca reported yesterday that Spanish right back Javier Manquillo is facing an uncertain future at Liverpool. The Reds will take a decision whether to keep him at the club for another season before 15th July and make a formal announcement within that time.

Another player who could leave the club is Luis Alberto. Spanish club Deportivo La Coruna is interested in signing him on loan. The 22-year-old joined the club from Sevilla in 2013 for £6.8m but has struggled to impress the Reds manager. He spent the last season on loan at Malaga and Rodgers does not consider him part of his plans for next season.