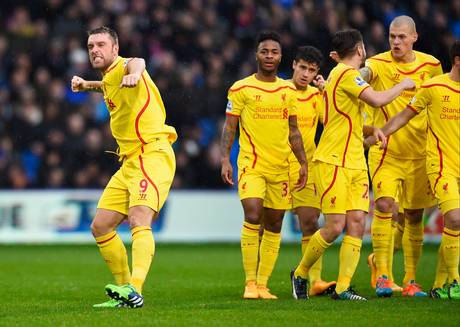 Brendan Rodgers and Liverpool have made a poor start to the season following their massive summer outlay and the departure of their charismatic forward, Luis Suarez. The reds slumped to their 6th defeat in just 12 league games, after a shocking performance at Selhurst Park.

While an inspiring 3-1 victory will provide much hope for Neil Warnock and a struggling Crystal Palace side, Liverpool’s season went from bad to worse. Football is a results business and so far the manager has failed to deliver.

There has been plenty of discussion about how Liverpool have replicated their shocking plunge into mediocrity, following a stellar season where they challenged for the title and missed out narrowly, just like in 2009. Speculation is rife that the manager is under the scanner and a couple of bad results could well be the end of Brendan Rodgers’ reign at Liverpool.

It is sometimes unfair to hold the manager responsible for everything that is wrong at a club. There are several off the pitch issues that could influence a bad set of results. Unsettling atmosphere around the club, unhappy dressing room are few reasons that often influence the on-pitch events as well. However in Liverpool’s case, the manager and the players have always spoken about the unity and affection within the group and how there’s a genuinely good atmosphere at the club, from top to bottom.

So what went wrong?

Here at Soccerlens we pick out the two main reasons for Liverpool’s poor start to the season and discuss the possible solutions.

For most part of this season, Liverpool have gone for a rigid 4-2-3-1, as opposed to the diamond that earned great rewards for the reds last season. Switching from a winning formula is never a wise decision, but injuries have often been the reason why Brendan Rodgers has had to shuffle his tactics.

Injury to key player and the best striker at the club, Daniel Sturridge has meant that the manager has not got his preferred choices to play a two striker formation. The other strikers at the club, Borini and Lambert have failed to convince the manager, despite Borini putting in an impressive display alongside Mario Balotelli and Lambert putting in a couple of good substitute performances against Southampton and Manchester City.

Playing as a lone striker, Mario Balotelli has found himself isolated and away from the goal more often and has failed to live up to the expectations at Anfield.

Another new signing, Dejan Lovren has been an utter disappointment for the Reds so far. The Croatian joined the reds following an impressive season with Southampton, but the big money move is looking like a shocking piece of business with every passing day, as the former Lyon centre back has been at fault for several goals this season and has made at least one crucial error in every single game he has started.

Liverpool have had one of the worst defenses in the league so far and Lovren has been a big reason for that. While it is true that his partners in crime, Martin Skrtel and Glen Johnson haven’t been putting in the best of performances either, the Croatian has comfortably managed to outweigh his teammates’ mistakes. It is clear that the defensive setup needs new faces, but that might not be possible this season. In which case, bringing in the likes of Sakho and Toure would be a good move.

Deploying the players in an unfamiliar tactical role has been another issue this season. It is no secret that Mario Balotelli has played his best football alongside another forward and every time he has started a game with Borini or Sturridge, the Italian has looked far more comfortable and effective. While Borini and Lambert are not the ideal choices for the manager, they are decent options and ones the manager should be looking to use, to get the best out of the enigmatic Italian, at least until Sturridge is back.

Captain and club legend, Steven Gerrard has been a victim of this issue as well. The former England international has been one of Liverpool’s worst performers this season and such is his performance level, that retirement suggestions have been doing the rounds as well.

For what it’s worth, the Liverpool captain is still one of the best players at the club, but has been used in an improper role. Lack of positional sense and tactical intelligence required for his current role, has meant that Gerrard has often left the Liverpool defense exposed, while playing as a defensive midfielder.

He showed glimpses of his old self against West Brom as played with a bit more freedom in the second half. It is understandable that the manager has not had the chance to play Gerrard with more freedom, because of injuries to Allen and Can, but the reluctance to sign a proper defensive midfielder is concerning as the position remains the number one weakness for the reds.

Brendan Rodgers has bought 25 players for £212,380,000 since joining the reds from Swansea. The northern Irish man has been shockingly poor in the market so far with only two of those 25 players proving to be a success (Sturridge and Coutinho). While the likes of Moreno and Can have shown encouraging signs, they are yet to bed in properly and might go on to become very important players for the club.

Having sold their best player, Luis Suarez for a club record value of 75 million, the reds had the chance to build the squad with the best of resources. However, the 100 million plus spent on the players this summer has brought nothing but misery as the reds struggle to put in a single convincing performance since Tottenham away. 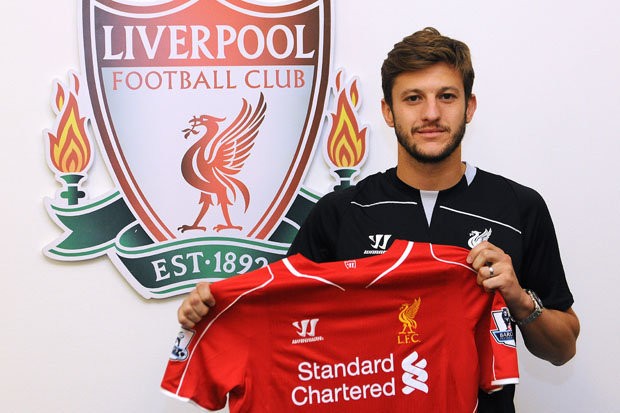 The transfer strategy at Liverpool has been confusing since day one. But what has been clear is that the manager likes to work in a comfort zone and prefers to sign players that he knows well. There has been suggestions of the transfer committee and the manager working together to draw up a list of targets, but the likes of Borini, Lallana etc indicate a willingness to sign players that have been followed closely in the domestic league. Whatever the case, the procedure has been an absolute failure so far.

As stated above, it is still unclear as to how the manager and the committee work and therefore it is tough to single out a culprit when it comes to transfers. But appointing a director of football and limiting the transfer related responsibilities of the manager/committee would be a good start. Brendan Rodgers has always shown how good a coach he is and it is time the owners took decisions that allows the manager to focus on his strengths and bring in others who could sort out his weaknesses.