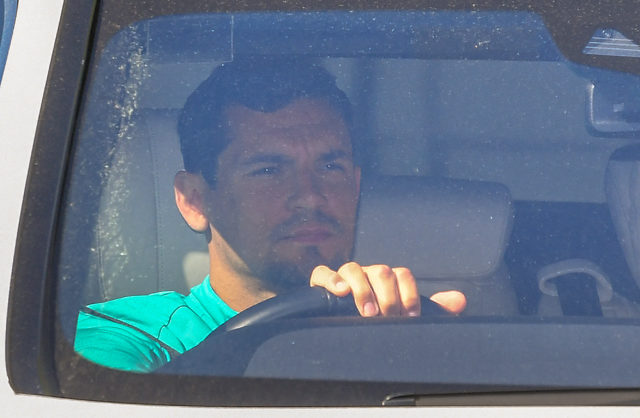 Liverpool managed a 0-0 draw against derby rivals Everton in the Premier League clash on Sunday at Goodison Park.

Taking the field again after 106 days of absence, the Reds looked rusty and failed to hit their best form. However, Jurgen Klopp’s side did enough to salvage a draw and now need just five points to win the Premier League title.

In fact, it was the home side who came close to breaking the deadlock. Dominic Calvert-Lewin’s close-range flick was kept out by Alisson before Tom Davies’ shot from the loose ball struck the post.

Many Liverpool fans were unimpressed with the performance of Dejan Lovren who came in for Joel Matip in the 73rd minute.

James Pearce tweeted that Lovren was ‘all over the place’, and it was Alisson who came to the rescue again. Here are some of the selected tweets from the Liverpool fans:

Shock horror. The greatest thing about lockdown, not seeing Lovren play for Liverpool for 3months. Suddenly I’ve realised where my anxiety comes from!

Could really do with buying a centre half, matip is made we jelly and lovren is well.. Lovren

Is he our own version of David Luiz?

I knew bringing in Lovren would bring us trouble, hopefully he doesn't cost us.

Shock. Lovren the liability. Football almost as bad as his views.

How is Lovren even a footballer nothing new with him ..he comes on and Everton get a chance to score 🤷‍♂️

wish he never joined this club

Lovern should never play for us again

I've asked this time and again but how is Dejan Lovren a professional footballer?!! The man's an absolute pity and a clown

The 30-year-old has a contract at the club till 2021, and it remains to be seen whether he stays on beyond the summer.

Liverpool could be looking to sign a new defender in the summer transfer window, and in that case, Lovren could be sold.

Back in May, it was reported that Serie A giants AS Roma were looking to sign Lovren.