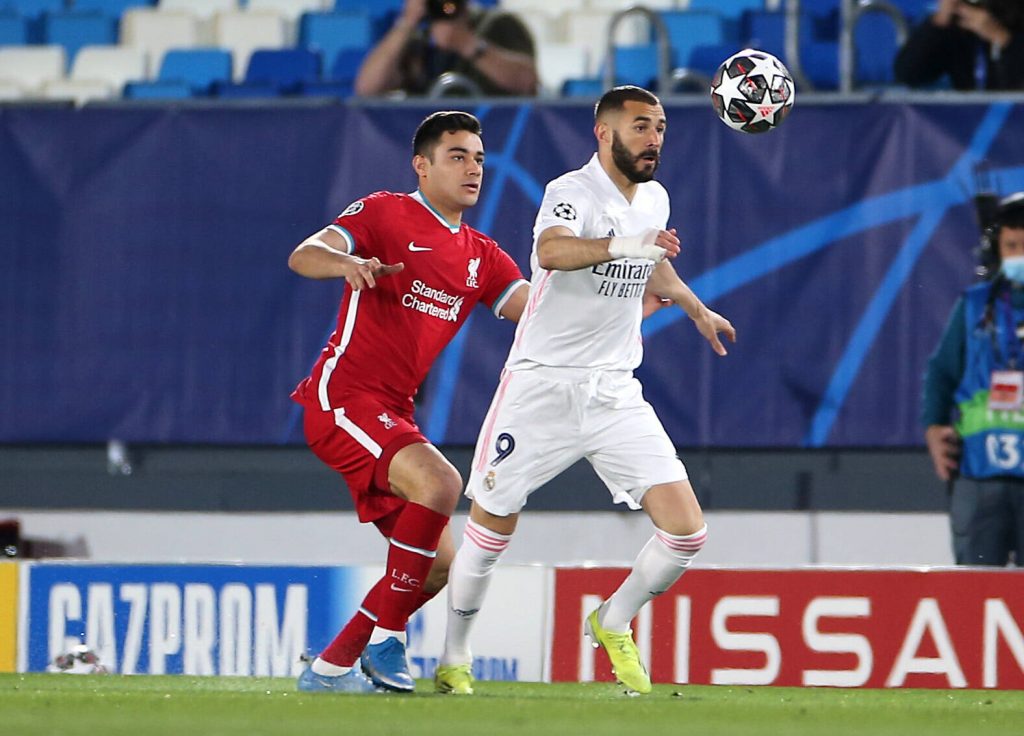 Liverpool made it “too easy” for Real Madrid as they lost 3-1 in the quarter-final first leg in Madrid. However, Mohamed Salah’s goal offers Jurgen Klopp’s team a lifeline in the return game at Anfield.

Some Liverpool fans on Twitter gave credit to defender Ozan Kabak for his individual performance.

Liverpool were second best throughout an entertaining game, as they once again came up short against a top opponent.

Vinicius Junior scored twice during the game, while Marco Asensio scored another from close-range following a defensive mistake from Trent Alexander-Arnold.

Many Liverpool fans took to social networking site Twitter to express their reaction to Kabak’s performance.

Many Reds fans feel that the Turkish defender was one of the few positives from the game for Klopp’s side.

The 21-year-old centre-back looked composed and did fairly well against Karim Benzema, making some good tackles. Many Liverpool fans were also impressed with how he bailed out Natt Phillips on several occasions.

Our best player tonight. Very unfairly taken off by Klopp.

Don’t wanna see anyone get on to Kabak. He bailed Phillips out numerous times and if it wasn’t for him we would’ve held 5. Our 2nd best player tonight

Ozan Kabak did really well on the biggest stage against real high-quality opposition. There's a shining light for you.

Kabak has been our best player.

Sums up the first 24 minutes.

Ozan Kabak was our best player imo. Thiago made a difference when he came on 2nd half. A lot of poor performances – sloppy passing, lack of intensity, bad decision making from most of the team.

Felt he didn’t do a single thing wrong and made some very good tackles.

Liverpool ripped Arsenal apart at the weekend, winning 3-0 in a convincing display, and many felt that they had turned a corner.

However, once again, they fell short of the high standards they had set last season.

The Reds were outclassed by superior opponents. However, Klopp will be frustrated because Liverpool gave the ball away cheaply and were toothless for a major part of the game, barring a brief 20-minute spell fightback.