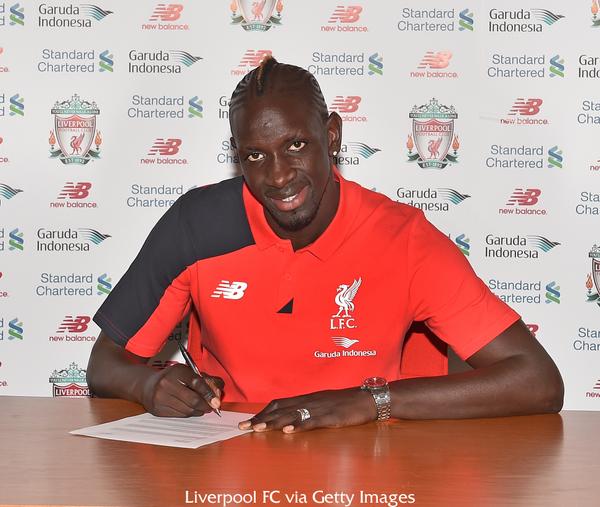 #LFC are delighted to confirm @mamadousakho3 has signed a new long-term contract with the club pic.twitter.com/LgYPlkz0fH

Liverpool favourite, Mamadou Sakho has just signed a new long term contract with the Reds. The Liverpool defender had two years remaining on his deal and has now siged an extension that will keep him at the club for the next five years.

Sakho arrived in the summer of 2013 from PSG, for a hefty fee of 15 million pounds. The French centre back has since then proven himself to be the best defender at the club.

Despite being out of the starting lineup in the first five league games, Sakho is highly regarded by the fans, who were delighted to see him captaining the side against Bordeaux, yesterday.

After extending his stay at Anfield, Sakho said:

“I will keep working because I am a Liverpool soldier and when Liverpool need me, I try to give my best. I am happy to stay as a Scouser!

“I work all the time 100 per cent, I try to stay professional and I give my best for this city and this club.

“It is important for me because every day when I wake up, I am very happy to come into the training ground with all the players.”

The French defender was urged to leave Anfield by his national team manager, Didier Deschamps, who is keen to see the player start regularly. However, it seems that Sakho might have received assurances about his role going forward.

The player needs to play regularly in order to make the France squad for the Euro 2016 and Sakho will be hoping to kick on after his impressive display against Bordeaux.

Rodgers confirmed yesterday that Sakho has been tremendous in the training and his attitude has been first class. Goalscorer Adam Lallana has praised the stand in Liverpool captain yesterday, claiming that he is a “top top player and a professional”.