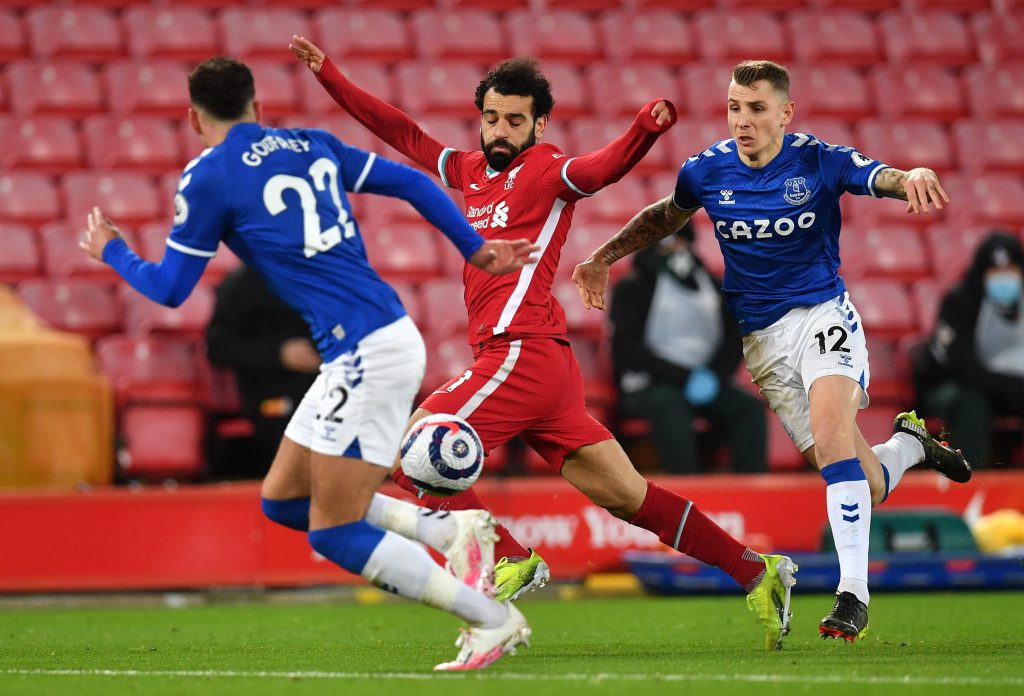 Mohamed Salah has been blasted for trying to con the match officials during Liverpool’s dismal 2-0 home defeat against Everton on Saturday.

The 28-year-old has repeatedly been criticised over his theatrics and he was at it again during the derby game at Anfield.

Salah threw himself to the ground in the 57th minute of the game and replays showed that Toffees’ defender Lucas Digne made virtually no contact with the Egyptian.

Former Everton star Kevin Ratcliffe hit out at Salah while commentating on the game for talkSPORT.

“I can’t understand that,” said Ratcliffe.

“If he’s claiming a foul and the referee doesn’t think it’s a foul why isn’t he saying ‘well, you’re diving’.

“There was a little bit of contact but there wasn’t as much contact as the dive suggested.”

There is no other way of saying this – Salah is a cheat.

The Liverpool forward is a hugely talented player, but his attempts to deceive match officials detract from his ability.

It is less than seven days ago that we called for the introduction of a 10-game ban for divers and we stand by that.

Cheating has no place in football – it is time that the authorities moved to stamp it out once and for all.