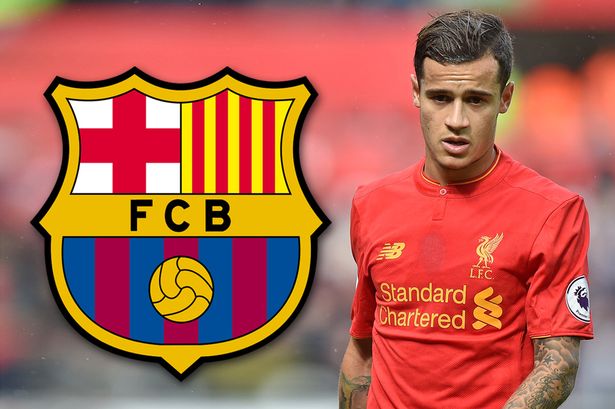 Barcelona will have to shell out an astronomical sum of money if they want to sign the Liverpool playmaker Philippe Coutinho.

The 25-year-old has heavily linked with a move to Camp Nou in the summer but the Reds stood firm and forced the player to stay.

It was always expected that Barcelona would return with an improved offer but it seems that their latest blunder is set to cost them millions.

On Saturday, Nike announced Coutinho’s imminent arrival at the Nou Camp. They displayed an advert on their official online store on Saturday evening urging fans to purchase their Coutinho jersey.

The post read: “Philippe Coutinho is ready to light up Camp Nou. Get your 2017/8 FC Barcelona kit with the Magician’s name on it. Act fast – free personalization only available until January 6.” 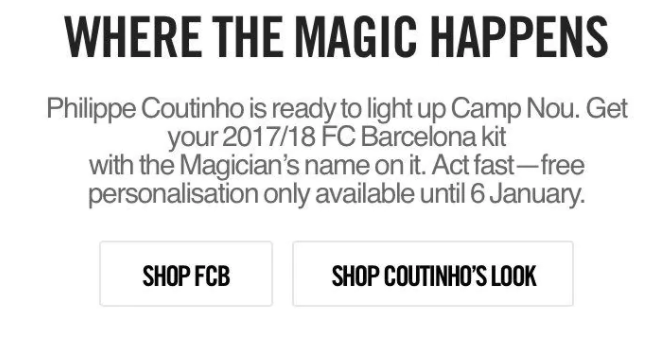 The advert was removed after an hour but Liverpool will certainly be very disappointed with the situation. The Catalan giants are yet to agree on a deal with the Reds and this error could sour the relationship between the two clubs.

According to Alfredo Martinez from Onda Cero, Liverpool are now demanding €180 million for Coutinho. Therefore, the situation is quite simple for all parties now. Barcelona can finally sign the Brazilian if they match the asking price.

It will be interesting to see what happens in the coming weeks. A January transfer seems highly unlikely given Liverpool’s current position in the league and in Europe. The Reds cannot afford to lose Coutinho just yet.