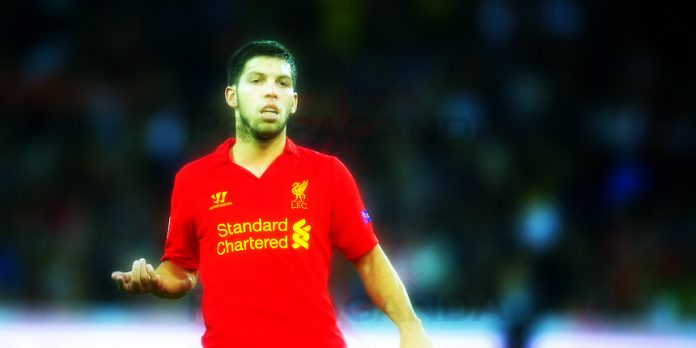 Liverpool have loaned out forward Daniel Pacheco to Spanish Second Division club SD Huesca until the end of the season after finding his chances limited at Anfield.

The 22-year-old has made only three appearances for the club this season, none of them in the Premier League and has been sent out on loan for a third time after previous spells with Rayo Vallecano and Norwich City.

That was the probably not the script meant for him. He was one of the brightest stars at Barcelona’s youth academy and used to score goals at fun. His team mates called him El Asesino (the assassin) for his tremendous scoring prowess.

One of the few things for which Liverpool are forever indebted to their former manager Rafael Benitez is his contribution in revamping the club’s academy. He completely transformed the academy structure and it is because of him the club is now reaping full benefits.

In 2007 when Rafalution had already begun, Liverpool signed this Barca prodigy for an undisclosed fee. After impressing everyone at the club’s reserve level for one year, he was steadily drafted into the main team.

He made his senior debut in 2009 against Fiorentina coming on as a substitute for Alberto Aquilani in a Champions League tie. It was all going so smooth for him. He was an exciting prospect at the club and was destined to be a hero at Anfield.

He won the Golden boot in the 2010 UEFA European Under-19 Football Championship for Spain, scoring four goals in the tournament.

But his career graph took a steep downhill from there onwards.

The club itself was going through a dark phase. On the pitch, they dropped out of out the top four while off the pitch, boardroom shenanigans created public outrage and administration loomed large after the club has been burdened with gargantuan debts by then parsimonious owners Tom Hicks and George Gillett.

The environment at the club was not healthy and last thing the kid needed was a managerial change. Benitez was sacked and in came Roy Hodgson. A change in system and philosophy meant young talent like Pacheco was overlooked.

Many felt he was too good for the reserves but not quite up there to play in the first team at the club. He was sent on loan to then Championship club Norwich City where he scored two goals in six appearances for the Canaries.

The club saw changes in ownership, manager, staffs, playing system and once again young Pacheco was left to rot. He was sent on loan again, this time to Rayo Vallecano.

Under Brendan Rodgers, at least he got a few chances, mostly in Europa League games but he wasn’t impressive in those games. He is out for another loan term and probably his days at the club are numbered.

It’s really a shame to see him struggle like that. Is he given enough chances to shine? Has he been backed up enough? Or is he really not that talented to play for first team at Liverpool?

Questions are many but the answers are few. He is 22 and still has time left to resurrect his career at the club or elsewhere.

Meanwhile, Liverpool have released former Roma goalkeeper Alexander Doni from his contract and he will return to Brazil to join Botafogo.