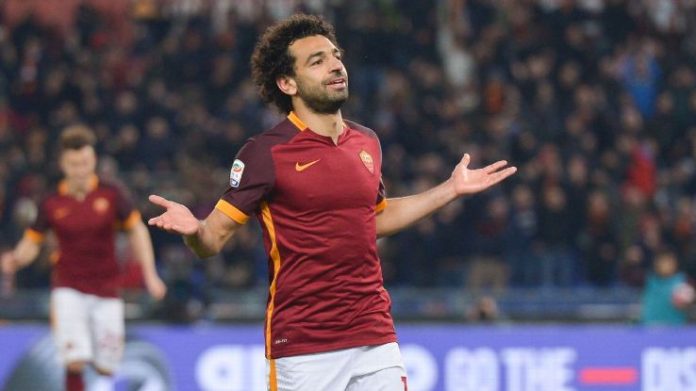 Liverpool are ready to go all out in their pursuit of Roma winger Mohamed Salah. According to The Telegraph, the Reds are willing to break the club transfer record to bring the Egyptian to Anfield. The current record stands at £35 million, paid for Andy Carroll back in 2011.

Liverpool had an initial bid of £28 million rejected by Roma earlier this month. The Serie A outfit are looking to hold out for as much as possible. The side from the Italian capital finished second in the league last season, securing automatic qualification to the Champions League. Salah was one of their best players with 15 goals and 18 assists. The club’s newly-appointed Sporting Director Monchi stated that Roma would negotiate the deal on their own terms. He said:

“For Salah there is an offer from an English club but the price will be set by Roma, not the buyers.

As I’ve said before, Roma is not a supermarket. Roma is a team that will represent Italy in Europe.We came second in Serie A and our idea is to keep as good a team as possible.

At the same time no club exists that does not sell players.”

Salah is still only 24, and does look like the perfect fit for Liverpool. Jurgen Klopp’s high-pressing and quick-passing style of play would suit him very well, and his blistering pace and skill would certainly bolster the Reds’ attacking options. Klopp’s men have qualified for the Champions League thanks to their 4th placed finish last season. With teams around them improving further, and the European games adding to their schedule, they can do with as much squad depth as possible.

This is not the first time Liverpool have tried to sign Salah. Brendan Rodgers tried to bring him to Merseyside from Basel in January 2014. At one point, the Reds were said to be favourites to secure his signature. Chelsea, however, managed to prise him away in the last minute in a deal worth £11 million. He was hardly given the opportunity to shine at Stamford Bridge, making just 19 appearances in all competitions before being sent on loan to Fiorentina in January 2015. After impressing everyone with his performances in Florence, he joined Roma on loan. The following summer, the deal was made permanent.

Now, Salah is ready to have another go in England. This time, it’s with a team and a manager who look tailor-made for his strengths to shine.