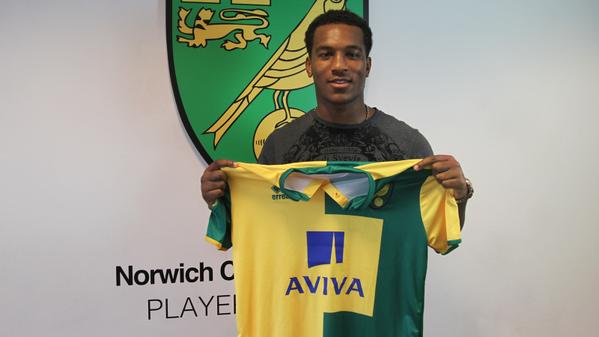 Liverpool have confirmed their defender Andre Wisdom has joined Norwich City on Wednesday.

The 22-year-old spent the last season on-loan at West Bromwich Albion, where he made 24 appearances for the Baggies. After Tony Pulis took over at The Hawthorns, the right-beck fell out of favour and seen his appearances being limited.

Wisdom signed a new deal four-year deal in May and he will now join newly promoted club Norwich for the 2015-16 season.

“The 22-year-old, who recently signed a new long-term Reds deal, will continue his development in the English top flight as he spends the 2015-16 campaign at Carrow Road.”

Brendan Rodgers allowed Glen Johnson leave Anfiled on a free transfer after his contract expired on 30 June. He was replaced by Nathaniel Clyne, who joined Liverpool from Southampton in this summer transfer window.

The England international’s arrival made Wisdom struggle to get regular playing time, which forced him the former Swansea manager to allow him join Norwich on a season-long loan deal.

Wisdom will be hoping to utilise his second loan spell as a platform to showcase his talent and break into Liverpool’s first team, once he returns to Merseyside. He said the conversation he had with Norwich manager Alex Neil convinced him to make a switch to the Carrow Road.

“I spoke to the manager, and he’s told me what he wants from myself and the team collectively. It’s going to be good and I can’t wait to get started,” Wisdom told the Canaries’ official website.

“My Premier League debut was here [at Carrow Road] which was a memorable day for me. I remember it was a good atmosphere, and I’m the sure the fans will make it the same this season.

“I’ve maintained a high fitness level because I’ve been on tour with Liverpool, so I’m coming here fit and ready to go. I’m hoping to help the team by contributing on and off the pitch.”