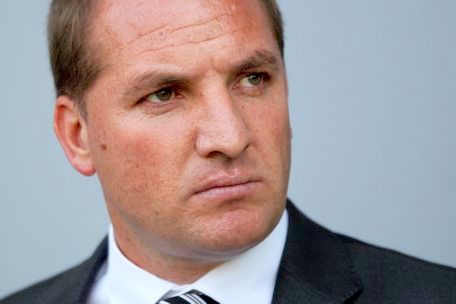 Liverpool will face Swansea in their next Premier League game at Anfield and the outcome of the match bears a lot of significance for the home side.

The Reds skipper Steven Gerrard vowed that his side will fight for Champions League qualification places, after earning two heroic away draws against Arsenal and Manchester City but the bubble of enthusiasm has been bust after the recent 2-0 home defeat against West Brom.

They have lost the first leg of the Europa League tie to Zenit Saint Petersburg and their season is on the verge of crumbling down. Thereby, the Swansea game is so important for them. It is their last chance to get back into the top-four race and failure is not an option any more.

Liverpool have failed to win against any teams lying in top 10 this season and that includes Swansea as well. Manager Brendan Rodgers can preach tons of philosophy as he wants, can shed his frustrations over squad depth and other aspects but even he understands that results must improve and that too quickly.

For a club of Liverpool’s stature, sitting 9th in the table with 36 points after 26 games doesn’t give any good reading. They are 12 points adrift of fourth placed Tottenham and with only 12 games left, naturally one doesn’t need any rocket science to understand how important this game is for Liverpool and their ambition.

Liverpool haven’t won in their last five games in all competitions and therefore a victory is desperately needed. The problem is their opponent has been playing some breath taking football all season and has beaten Liverpool early at Anfield in the Carling cup which gives a psychological boost for the visitors.

Sunday fixture thereby is a ‘make or break’ game for Rodgers. Liverpool have to win and close the gap with their fellow rivals and they must change that damning stat for their own good only.