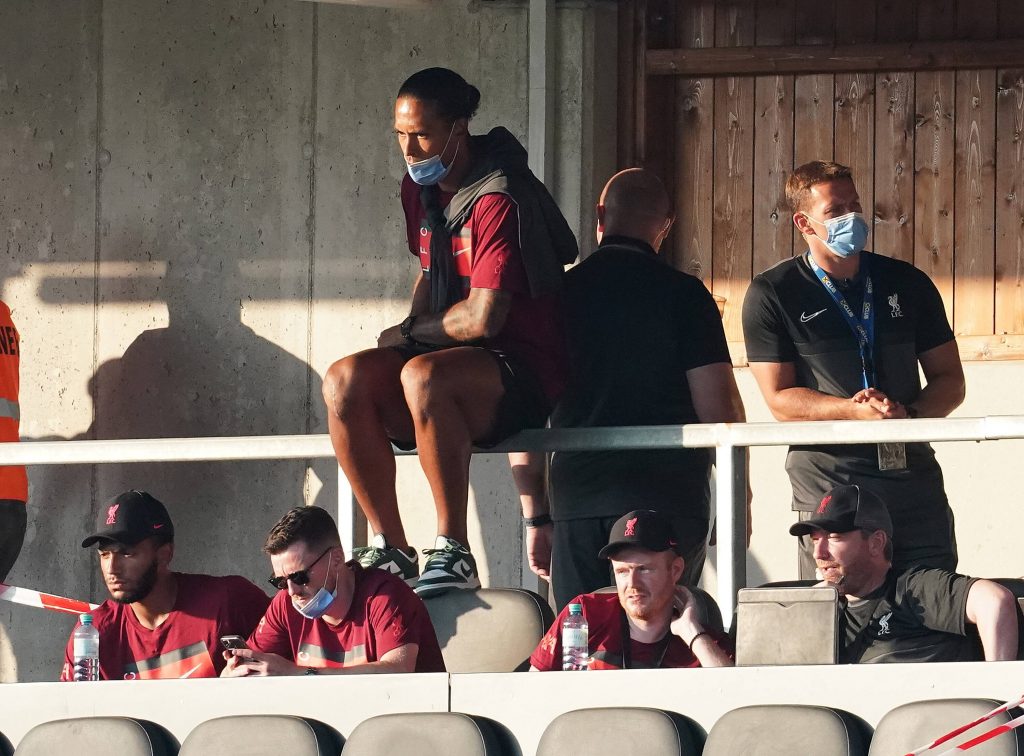 Liverpool manager Jurgen Klopp has confirmed Virgil van Dijk could make his comeback from injury during the pre-season friendly against Hertha Berlin.

The Reds are currently in a training camp in Austria. They have already played three games on their trip, including one against Mainz that ended 1-0 on Friday.

The club have three more friendlies before the new Premier League campaign, and one of those will be against Hertha on Thursday evening.

Ahead of the game, Klopp said that the centre-back could make a cameo appearance after nine months out with a serious knee injury.

He told Liverpoolfc.com: “I hope, I am not sure, that there is the opportunity that Virgil could play a few minutes.”

“He looks really good in training, and maybe we can bring [him in], but I need to have some final conversations. He looks ready, and we will see.”

Joe Gomez is also close to making his return after a knee injury of his own. Klopp hinted that he could return against Athletic Bilbao on August 8.

He added: “Joey is very close. There is no race between the two of them – they had different injuries and stuff like this, but [he is] very close.

“If Virgil can play now 20, then probably Joey can in the game after. We will see. In training, they both look really good.”

Van Dijk, who is currently on £180,000-a-week, was sorely missed during the previous campaign as the Reds failed to defend their league title.

The club don’t want to rush him to action, and he is likely to be slowly integrated into the line-up ahead of the season opener at Norwich City.

Meanwhile, extra caution could be taken over Gomez, who has had a history of long-term injuries during his time at the Merseyside outfit.

With a potential return on August 8, he appears unlikely to start the curtain-raiser. New signing Ibrahima Konate could make his debut alongside Van Dijk.