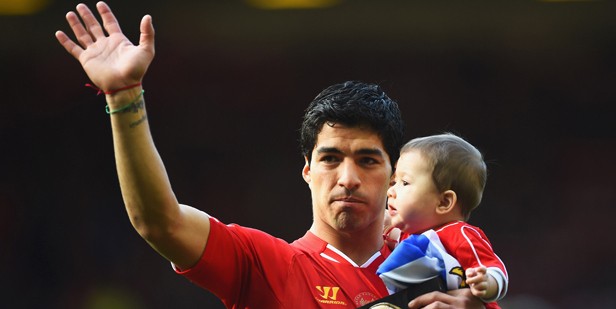 Liverpool midfielder Joe Allen thinks that the club’s impressive recent form shows they have fully recovered from the loss of Luis Suarez.

The Uruguayan left Liverpool in the summer to join Barcelona, after nearly fired the club to Premier League glory last season.

Despite signing several new players, Liverpool couldn’t cope with his loss in the beginning while Daniel Sturidge’s injury made life tougher for the Merseyside giants.

However, they did manage to turn the tide since December and their 2-0 win over Southampton on Sunday was their seventh win in a 10-match unbeaten run that takes them to just two points behind fourth-placed Manchester United.

Allen says Liverpool may now be even stronger than what they were last season.

“At the start of the year we talked about how losing Suarez was going to have an affect but now we have overcome that,” Liverpool midfielder Allen said, as quoted by ESPN

“It took us a little bit of time to overcome that because the injury problems we had were not ideal.

“We are certainly back up to that level and if anything, with the different system we play this season, we might even have taken a step forward.

“Sometimes [criticism] gets taken out of hand but I don’t think it was unfair. There was no hiding places and we were not delivering as players.

“There was no excuse from us. We knew there might be a difficult patch early in the season and that probably went on longer than we hoped and expected.”

Based on the recent results, it gives the impression that Liverpool are indeed in a better shape without the Barcelona striker.

Liverpool system were set up mainly to get the best out of Suarez and Sturridge, and therefore when either of the two got injured, the team more often than not were noticeably poor. There was a huge dependancy on both of these players, and especially on Suarez.

These type of system usually works best when you’ve a world class all-round player in your team, a la Suarez or Messi, and therefore Liverpool’s shortcomings were covered up.

It took Rodgers time to formulate a new system, and certainly the injury to Sturridge didn’t help the cause, one has to understand that for a side that always have been used to playing 4-man defence, radical shifts are not always easy and smooth.

Two major changes are now being observed – firstly, vast improvement in defence (better stability at the back and Simon Mignolet’s outstanding form) and second, the lack of over-dependency (though Liverpool are still reliant on Sturridge) on key players.

To put it simply, Liverpool are playing better as a unit, and a lot of credit should go to the manager, though he can be a pretentious wazzock at times.

Allen probably is going to take some stick for such comments but when you put it in context, the notion doesn’t seem ridiculous at all.