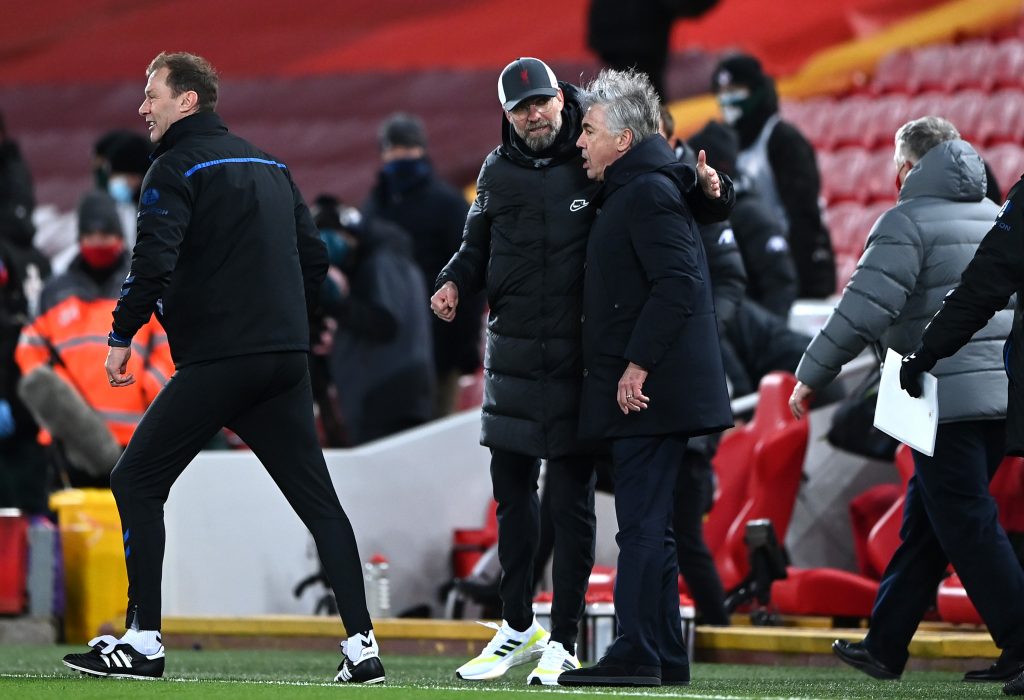 Yes, we’re back again with our ‘Three Things’ column – an often less-than-polite look at some of the key talking points from the latest round of games in the Premier League.

As Fabrizio Romano would say – here we go!

Jurgen Klopp vs Duncan Ferguson. Bambi’s mother vs a shotgun. An egg vs a hammer. Your foot vs LEGO. Can you see the pattern here?

Following his recent spat with Burnley manager Sean Dyche, the motormouth Liverpool boss was at it again with Everton legend Big Dunc during the Merseyside derby on Saturday.

Here’s a thought Klipperty – drop the embarrassing fake hard man act before someone clobbers you and concentrate on trying to sort out that mess of a team you’re supposed to be managing.

Arsenal defender Kieran Tierney added his name to the Mohamed Salah hall of shame over the weekend with his antics against Manchester City.

Tierney got Joao Cancelo booked after pretending to be hit in the head following an aerial challenge between the pair – pathetic play-acting of the worst kind.

Retrospective action needs to be taken to stamp out cheating in the Premier League. As we’ve said before, a 10-game ban would do the trick. Or a firing squad.

Martial’s time is up

Anthony Martial once again failed to deliver for Manchester United on Sunday, and his long-term future at Old Trafford increasingly looks fragile.

The 25-year-old has scored just four goals in the Premier League this season – a woeful return for a player who is supposed to be one of United’s main attacking threats.

Martial has shown flashes of brilliance during his time at United, but he isn’t consistent enough and shipping him out this summer would be a sensible move.