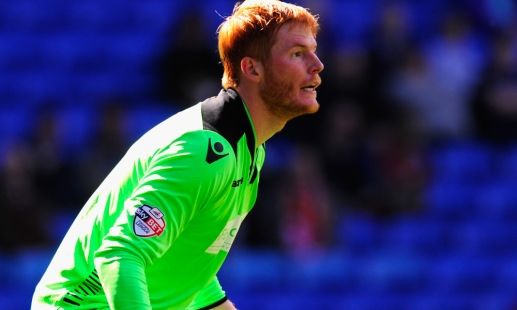 Liverpool football club have announced their third summer signing of this summer in Adam Bogdan.

The Hungarian goalkeeper will join as a backup to Belgian, Simon Mignolet.

#LFC are pleased to announce that personal terms have been agreed with Adam Bogdan. Read more: http://t.co/MS0lcaDzMP pic.twitter.com/DQaSN1Lvks

Bogdan has been signed on a free from Bolton Wanderers and is the third Bosman signing this summer after Danny Ings and James Milner, all of whom are nearing the end of their contracts.

Three free transfers in a row suggests that Liverpool are looking to save the cash for a priority position. Bringing in an attacker is thought to be a priority for Liverpool this season.

Injuries to Sturridge left the Reds toothless upfront and Brendan Rodgers is keen to address those issues from last season.

Meanwhile, Raheem Sterling looks set to leave Liverpool with Manchester City being a possible destination. The England winger seems to have burnt the bridges with the fans and will be better off continuing his career elsewhere.

Last night Manchester City sent in a formal bid of 25 million pounds plus 5 million in bonuses for the former QPR academy graduate.

According to Times, Liverpool have rejected the offer and are believed to value Sterling in the region of 50 million pounds.

Manchester City are in desperate need of home grown players and are expected to come back with an improved offer for Raheem Sterling. It is assumed that both parties will reach a compromise somewhere in the 40 million zone.