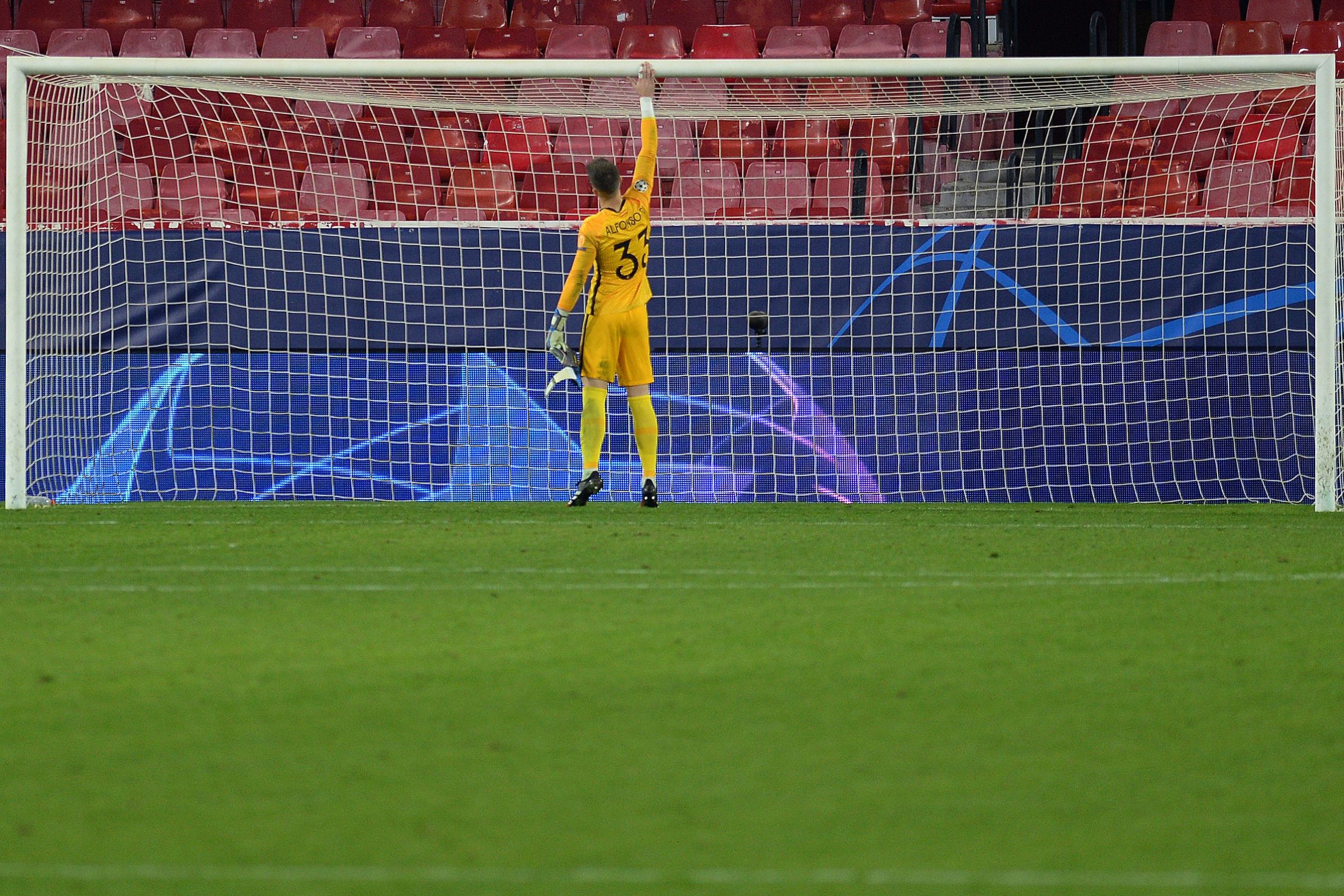 Liverpool and Real Madrid are both interested in Sevilla goalkeeper Alfonso Pastor, according to Spanish outlet AS.

The young Spaniard made his debut for Sevilla on Wednesday, conceding four goals as Chelsea convincingly beat Los Nervionenses in the Champions League thanks to an inspired performance by Olivier Giroud. However, it would be unfair to blame the goalkeeper for any of the four goals.

The 20-year-old is out of contract in the summer, leaving him free to talk to potential suitors in January. And, according to AS, Liverpool and Real Madrid are the two clubs in the race for his signature.

Liverpool are likely to be in the hunt for a new second-choice goalkeeper following Adrian’s below-par performances since joining the club.

When regular number one Alisson has been absent, Adrian has stepped in without ever looking convincing. He recently conceding seven against Aston Villa, as well as producing a costly error in last season’s round of 16 Champions League fixture against Atletico Madrid.

However, the presence of youngsters Caoimhin Kelleher and Marcelo Pitaluga may make a move for Pastor unlikely.

Los Blancos currently only have two goalkeepers on their books – the aforementioned Courtious and Ukrainian man Andriy Lunin. A third choice could be vital to provide cover in case of injuries.

Pastor is highly unlikely to start at either side, given that they both own two of the world’s best goalkeepers. However, with Sevilla’s Yassine Bounou and Tomas Vaclik both getting older, he could break into their starting XI if he is patient.