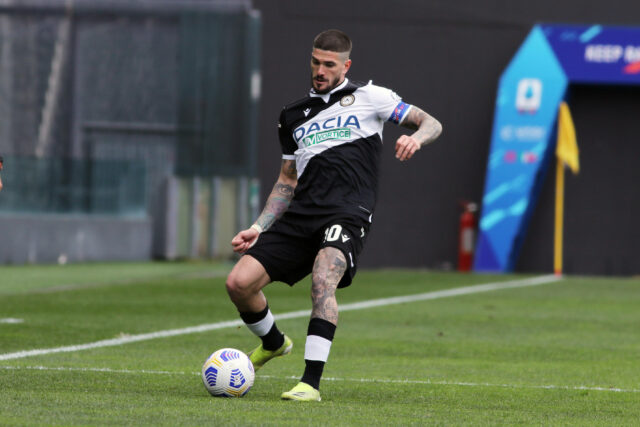 According to reports from Italian news outlet Tutto Udinese, Liverpool and La Liga giants Barcelona are fighting for Rodrigo De Paul in the summer transfer window.

The report claims that the Udinese skipper would cost in the region of €50 million (£42m), and both the clubs are a clear front runner for his signature.

De Paul, who was heavily linked with a move to Leeds United during the summer transfer window, has established himself as one of the best players in Serie A.

The Udinese skipper has been brilliant in 2020/21, having managed six goals and seven assists in 29 games across all competitions.

He has a contract at the club until 2024, and Udinese are expected to demand a high transfer fee for him.

At 26, the Argentine midfielder is entering the peak of his career, and he would be a stellar signing for both Barcelona and Liverpool.

Liverpool are almost certain to lose Gini Wijnaldum in the summer on a free transfer. The Dutch midfielder is yet to agree a new deal with the Reds and is most likely to join Barcelona.

In other news, Liverpool are eyeing a move for Donyell Malen.