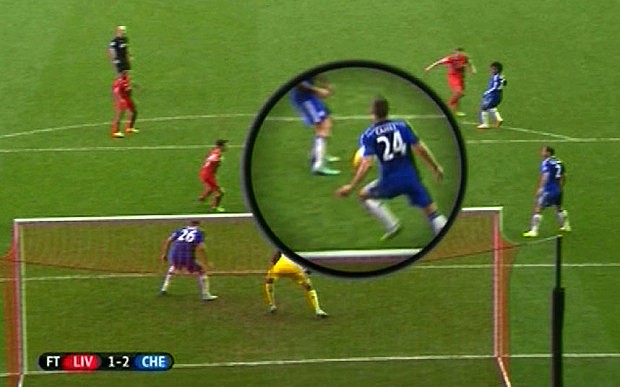 Chelsea picked up another big win on Saturday to extend their lead to eight points over defending Premier League champions Manchester City.

Brendan Rodgers can have no complaints about the Blues “parking the bus” or time-wasting this time as the league leaders deservedly picked up three points from Anfield.

José Mourinho’s side had to come from behind to an deflected Emre Can to win this encounter to record three straight victories over the Reds for the first time in Premier League history. 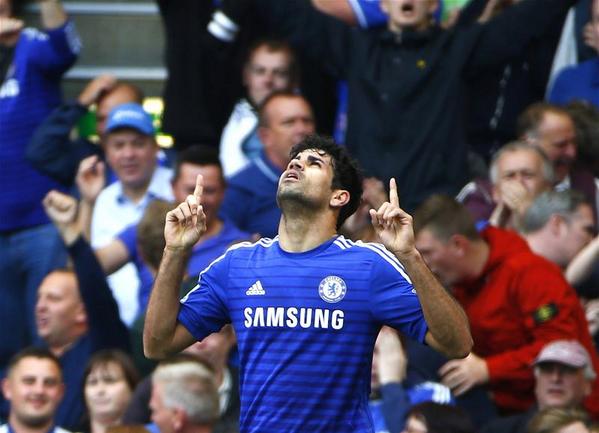 Both sides did a good job in resting players for their midweek matches in the UEFA Champions League, even if they did not get the results. Liverpool had seven different starters against Chelsea than those that lined up in Madrid, whilst Chelsea made six changes to their starting XI.

Liverpool weren’t coming into the match in great form and they are now on a three-game losing streak in all competitions as they head into the international break. It’s just two wins in their last eight in the Premier League since Daniel Sturridge went down injured and Can’s goal yesterday is their only strike in their last three.

The international break comes at a bad time for Mourinho whose side are looking like Champions-in-waiting right now. Recording win after win and with few injuries, we’ll see how his players return from travelling to every corner of the world when Chelsea host West Brom in a fortnight’s time.

Chelsea’s defence may not be as strong as in previous season’s under Mourinho but there was little fault in the goal they conceded only nine minutes into the game.

German midfielder Emre Can took a pot shot from 25 yards that took a massive deflection off of Gary Cahill to wrong foot Thibaut Courtois and nestle into the net. That was the beginning of Cahill’s eventful afternoon on Merseyside.

At this stage Liverpool should have been looking to protect their lead, keep a solid structure and avoid any silly mistakes to allow Chelsea back into the game so quickly.

What almost typifies the Reds’ season to date, they allowed the visitors to equalise just five minutes after they went in front.

Liverpool failed to defend a corner that saw Diego Costa flick-on Cesc Fàbregas’ delivery for John Terry to head towards goal. The former-England captain’s attempt was parried but, with the help of goalline technology, Gary Cahill’s rebound was confirmed to have crossed the line.

The replay showed Simon Mignolet carrying the ball across the line as the Liverpool defence failed to prevent either of the two Chelsea centre-backs each getting an effort in on goal in the space of seconds.

For the rest of the game Chelsea were largely on top. Thibaut Courtois barely had a save of note to make and you were wondering when Liverpool would make the next defensive mistake to set up a second goal for the Blues.

Chelsea took the lead midway through the second half when César Azpilicueta got to the byline inside the penalty area and his deflected cross found its way to an unmarked Diego Costa who thumped home his 10th Premier League goal of the season, unmarked.

The Spanish striker had been involved in an ongoing battle with Martin Škrtel which had earlier seen the Chelsea player have his shirt ripped. On another day, their antics throughout the game would have likely resulted in cautions.

It was Costa who would win the battle on Saturday as he scored the game’s decision goal whilst Škrtel would be amongst a defence that was their side’s downfall.

Eden Hazard had the beating of Glen Johnson all day whilst Branislav Ivanović caused problems down the right.

Liverpool barely offered anything in attack. Mario Balotelli was on the fringes of the game once again – now nine Premier League games without a goal for his new side. The Italian had one attempt on goal – it was off target.

Chelsea fans even had the nerve to chant “Fernando Torres – he’s better than you”, and it’s not like the former Liverpool striker was ever popular at Stamford Bridge.

The Reds saw possession in Chelsea’s half late on and had a legitimate call for a penalty when Steven Gerrard’s long-range attempt struck the arm of Gary Cahill. This was the second time the home side had a genuine claim for a penalty against the England defender, but both were waved away.

Gerrard hadn’t been the imposing player in the centre of midfield as he once was. It was Chelsea who looked the stronger, more dominant unit in midfield. Whilst Liverpool saw more of the ball, it was the league leaders who created more of the chances and looked the more threatening.

Philippe Coutinho and Emre Can both had bright starts before fading out badly and being replaced by Fabio Borini and Joe Allen.

Raheem Sterling saw an effort parried out by Courtois but otherwise the teenager’s run of quiet games continues.

The shots graph below show Liverpool’s three attempts on target all being down the middle after the goal (blue lines). The Reds did see a few efforts in the box blocked (grey lines) but that Courtois did not have a busy afternoon. 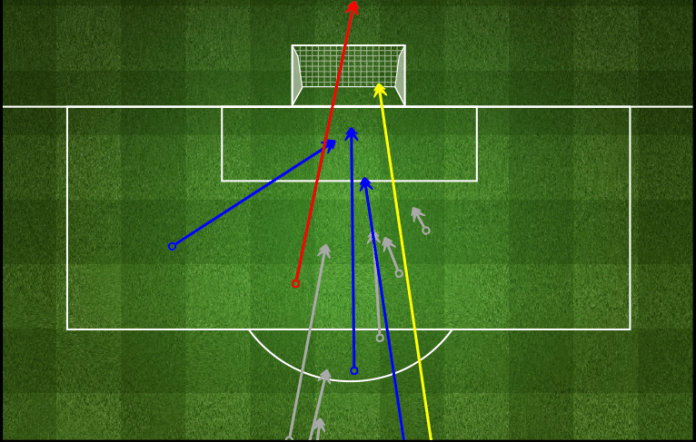