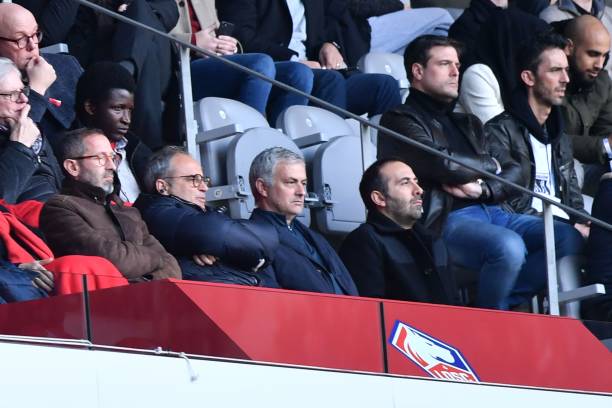 Jose Mourinho arrived at Tottenham Hotspur prepared and ready with his backroom staff on Wednesday morning upon his appointment as head coach.

Santos and Sacramento switched the Lille dugout for Tottenham’s, and there are talks another top man from the Ligue 1 outfit could be linking up with Mourinho at North London soon.

Lille’s Sporting Director Luis Campos is said to be open to becoming Spurs’ Director of Football given his relationship with the new boss, however, the club’s President Gerard Lopez has ruled out a move.

“Luis and I, we are colleagues but above all friends, and we are working on a project together with a huge trajectory,” he told RMC Sport (via GFFN)

“And the project is far from finished. He will not leave the club. He stays with us.”

Campos, 55, has been at Lille since 2017, helping them return to the Champions League after they finished in second place last term.

He has been responsible for unearthing some of Europe’s best talents in Kylian Mbappe, Nicolas Pepe, James Rodriguez, Anthony Martial, Fabinho, Bernardo Silva and Benjamin Mendy, and Spurs could do with his quality services going forward.

They currently have Rebecca Caplehorn working as director of football operations, with Steve Hitchen being their chief scout, while chairman Daniel Levy takes a central role in transfers, and it remains to be seen if Tottenham are looking to change that structure.