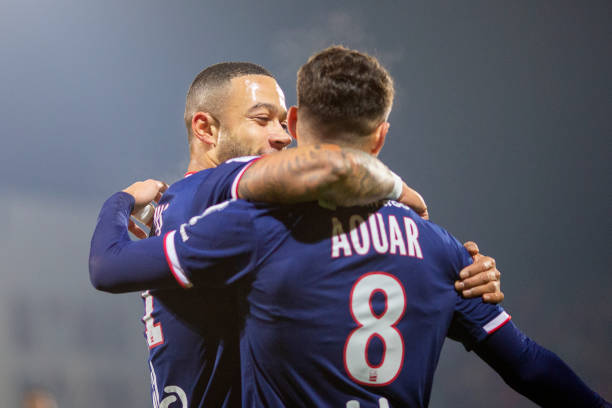 Out of Europe’s big five leagues, Ligue 1, the top division of French football, gets overlooked the most.

While some people have been bored of Paris Saint-Germain’s dominance in the league, that hasn’t been the case this year with this season set for a dramatic climax.

At the time of writing only six points separate first to fourth, so here is an in-depth analysis of all the teams in the race for the French title.

The underdogs at the moment in the top four, principality club AS Monaco have pulled themselves back into the reckoning for the French crown this season.

Monaco are the only club to have prevented PSG from claiming the title since the 2012-13 season with their success in the 2016-17 campaign.

While the current Monaco team is far from the star-studded one that claimed the title four years ago which boasted Kylian Mbappe, Fabinho and Thomas Lemar amongst others, it’s still a strong side that is capable of winning the crown.

Manager Niko Kovac has relied on the qualities of attacking duo Wissam Ben Yedder and Kevin Volland this season plus the experience of Cesc Fabregas and, if they continue to perform, Monaco could still claim the Ligue 1 title for the ninth time.

As for the defending champions, this season has been far from smooth sailing. While PSG appear to be getting back on track under the tutelage of new boss Mauricio Pochettino, work still needs to be done by the Parisiens (work that may be derailed by Neymar’s four-week injury lay-off).

While the capital side are still regarded as the favourites for the title, their recent defeat at the hands of FC Lorient shows they still aren’t at their best and, with Pochettino’s ideas not fully implemented on the squad, this is the best chance the other sides have had in quite a while to dethrone PSG from their crown.

Nonetheless, PSG will keep fighting and the attacking qualities of Neymar, Mbappe and Mauro Icardi could carry them to yet another title.

Since their dominance in the 2000s, Lyon have not been able to put together the consistency needed over the full course of a season to stake a proper claim for glory.

In spite of being the PSG of the noughties, they have been a passenger in the title race over the 2010s never really showing their credentials to regain the French title.

This year Lyonnais have been back to their best, and former Marseille manager Rudi Garcia deserves a large amount of credit for the job he’s doing with his team.

The Lyon side is strong enough to win the crown and the star duo of Houssem Aouar and Memphis Depay could be enough to bring the title back to the city that so desperately craves it.

We finish the round-up with the current league leaders Lille who hold a slender lead at the top of the Ligue 1 table.

If Rudi Garcia deserves a large amount of credit for the job he’s done with Lyon, Lille manager Christophe Galtier should be lauded for his achievements with the Northern side.

Since taking over at the Stade Pierre Mauroy, Galtier managed to retain Lille’s top-flight status during his first six months in charge and has since turned them into a side that qualified for Europe.

Perhaps the fourth-place finish achieved last season wasn’t enough for Galtier and if Les Dogues can keep their cool they can definitely take the crown.

Canadian Jonathan David will be instrumental in their run-in for the title. The former Gent striker has started to find his feet in France and this a scary prospect for the other title candidates.

To summarise, it’s clear that this season’s fight to be Ligue 1 champions still hangs very much in the balance, with all four teams mentioned in with a good chance of glory.

Monaco are back to their best, Lyon have their best opportunity in years and Lille have been the team to beat.

But you can’t write the wily PSG out of it just yet as they seem the most capable of finding another level.

The Ligue 1 title is anyone’s to lose and will be interesting to see who can, and who will hold their nerve in this enthralling battle.