Celtic have snapped up Polish striker Patryk Klimala for £3.5 million, and he has become the Hoops’ first January signing after putting pen to paper on a four-and-a-half year deal.

The arrival of the 21-year-old means Leigh Griffiths will most likely continue to struggle for playing opportunities, and the 29-year-old could now seek to leave Parkhead this month or in the summer.

The veteran striker has hinted that he is blocking out any noise over his Celtic future, though, posting a GIF on Twitter that shows him putting his finger in his ears.

Interesting signing. Which will surely mean Leigh Griffiths or Vakoun Bayo's days at the club are probably numbered. https://t.co/56LKem2a6E 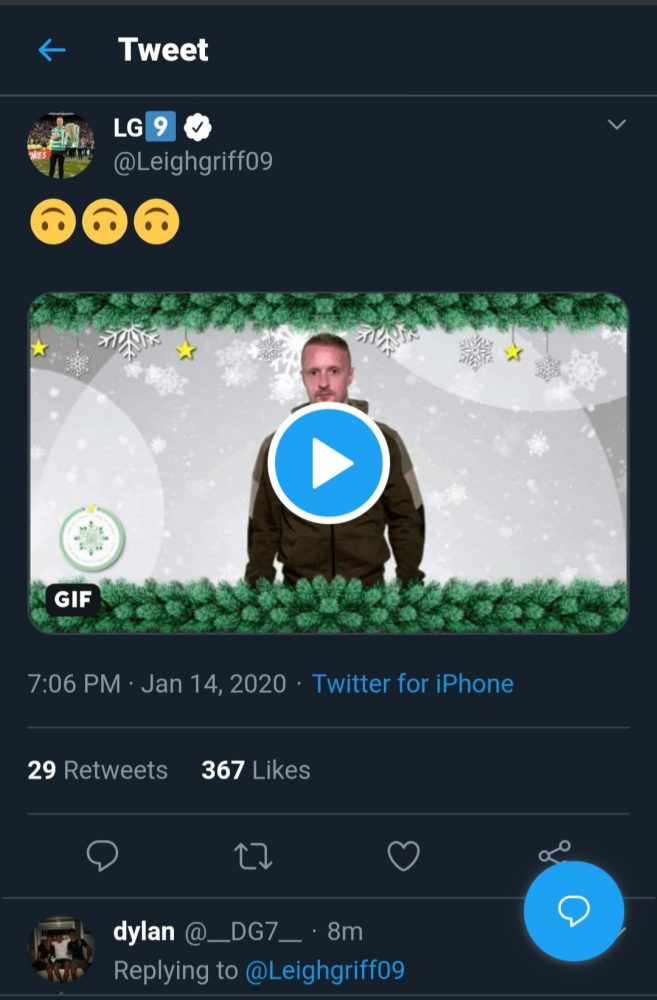 Griffiths’ last goal came against Motherwell at the start of August, and various injury problems and lack of form have largely kept him out of manager Neil Lennon’s plans.

Things could be about to go from bad to worse for the Scotland international, and it will be interesting to see how he reacts apart from deleting his Twitter account.