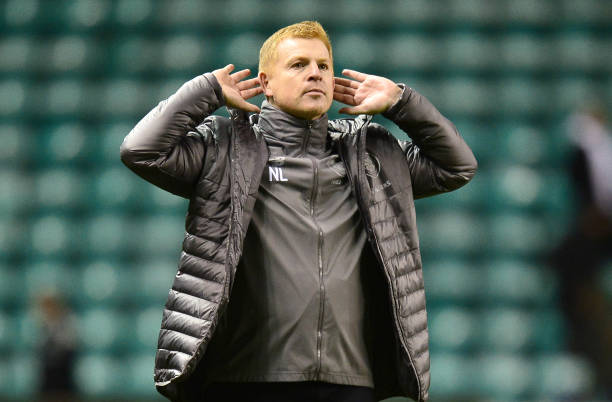 Celtic were sent crashing out of the Champions League qualifiers last week after suffering a shocking 4-3 loss at the hands of CFR Cluj in the return-leg of their third qualifying round clash.

The Hoops will now focus on qualifying for the Europa League group stages, and will have to beat Swedish side AIK to do so.

Manager Neil Lennon knows all about the disappointment of missing out on the Champions League group stages after Celtic lost to Basel in the qualifiers back in 2002, but Martin O’Neill’s side went on to reach the final of the Europa League the same season, and he has told his team to put the Cluj heartbreak behind them and look towards impressing in the other continental competition.

Hoops striker Leigh Griffiths revealed that it was what Lennon told them right after the clash last week, and it will be interesting to see if that can serve as motivation.

“The gaffer touched on the fact that when he was a player, his Celtic team were put out the Champions League and that season they made the final. He mentioned that straight after the game on Tuesday,” the Hoops star told The Scottish Sun.

“So hopefully there is that silver lining to the cloud for us, too. If we do get through, and we can go on a decent run, then who knows where it can take us. That Celtic team had Henrik Larsson, Chris Sutton and John Hartson. There aren’t players like that kicking about anymore.

“So it’s time for us to make a name for ourselves, whether it be me, Odsonne Edouard, Scott Brown or James Forrest. Other teams have made the last 16 of the Champions League, so we need to make sure we are remembered for doing something.”

Despite missing out on the chance to play some of the biggest clubs on the planet for the second time running, Celtic still have a tough job on their hands if they are to go far in the Europa League.

The likes of Manchester United, Arsenal, Roma, Porto, Lazio, AC Milan and Sevilla are all competing for the prize, highlighting the huge quality on display, and it will be interesting to see how the Scottish Premiership champs fare.