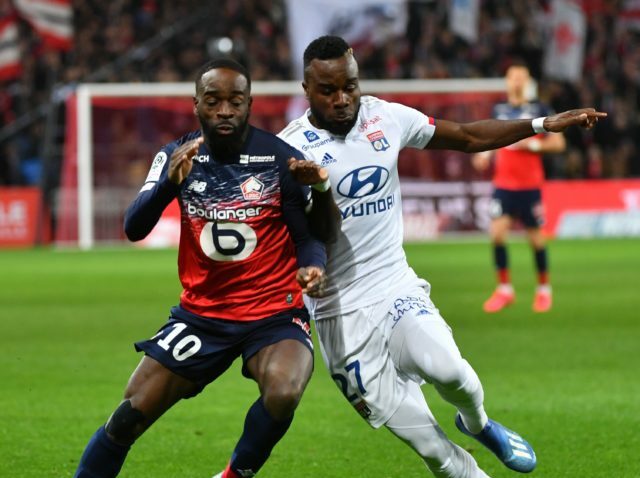 Leicester City have expressed an interest in signing Lille forward Jonathan Ikoné, who is also on the radar of Chelsea and Inter Milan, Le 10 Sport reports.

The French outfit have already sanctioned the sale of Victor Osimhen to Napoli this summer and they are currently on the verge of parting ways with Gabriel Magalhaes, who is on the cusp of joining Arsenal.

It is now reported that the club are willing to listen to offers for Ikoné, suppose he wants to pursue a fresh challenge this summer. Chelsea and Inter have already been linked with his services and Le 10 Sport claims that the Foxes have joined the pursuit.

The Foxes qualified for the Europa League group stage by virtue of their fifth place finish in the Premier League and manager Brendan Rodgers will want to add more attacking depth to deal with the additional workload.

Ikoné, who is valued at £32.4m by Transfermarkt, was one of the standout performers for Lille last term and he registered four goals and seven assists from 36 appearances before their season was curtailed by the coronavirus pandemic.

He has impressed with his strong dribbling abilities and versatility to play anywhere in the attack and could prove a quality addition for the Foxes, who will want to make progress in the Europa League alongside the domestic competitions.

The Foxes were in the driving seat to qualify for the Champions League at one stage last term, but their average showing after the coronavirus shutdown saw them leapfrogged by both Chelsea and Manchester United into the top four.

Rodgers’ side face a challenging task of replicating last season’s displays for the 2020/21 campaign and their best chance of qualifying for the elite competition could be by winning the Europa League.