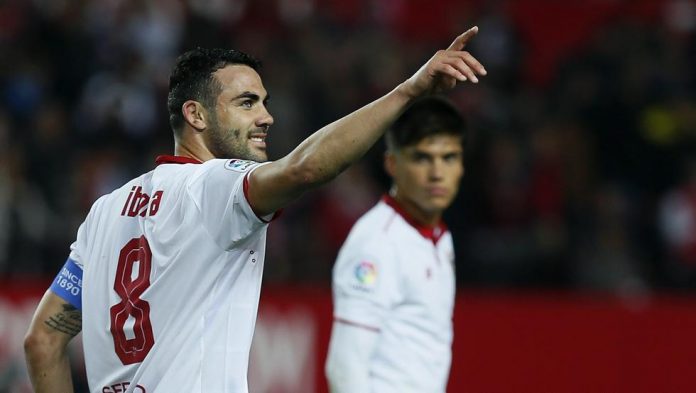 Leicester City have reached an agreement for the transfer of Sevilla captain Vicente Iborra subject to a medical, the Spanish club has announced.

The defensive midfielder will reportedly cost around £12 million as the Foxes look to mount an impressive Premier League run after a dismal title defense last season.

Sevilla released a statement that read: “Sevilla and Leicester City have reached an agreement in principle for the transfer of Vicente Iborra. The player will travel to Leicester to complete a medical examination and sign his contract.

“Once the transfer is concluded, he will return to Seville to publicly bid farewell to the fans.”

Since his move from Levante four years ago, Iborra has won three Europa League titles with Sevilla, while making 172 appearances for the club along the way.

The 29-year-old scored seven goals and provided two assists in 31 league appearances last season to help Sevilla finish in the top four in the La Liga standings. Iborra played against Leicester in both legs of the Champions League last season when the Foxes knocked out his side in the round of 16.

The Spanish midfielder will soon become Leicester’s second major signing of the summer following the arrival of English centre back Harry Maguire from Hull City in a £17 million transfer move.

Iborra, who captained the Spanish side last season, will paw way for Nampalys Mendy to complete his proposed move to Bordeaux after making just four Premier League appearances in his debut campaign at the King Power Stadium.