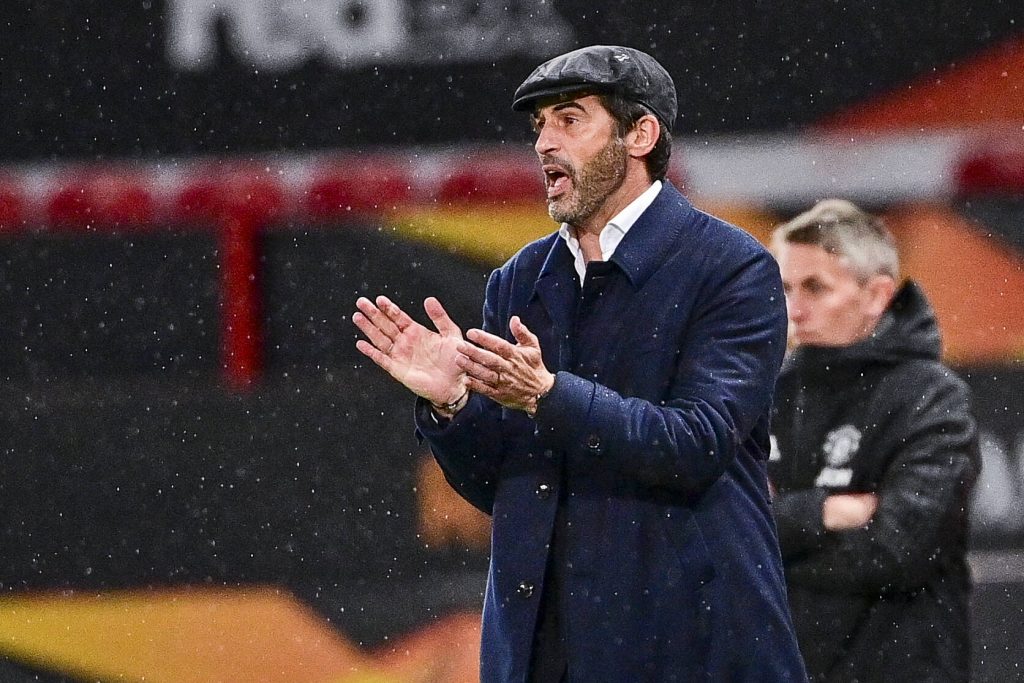 Roma manager Paulo Fonseca has been offered to both Tottenham Hotspur and Celtic, according to The Transfer Window podcast.

The Portuguese is leaving the Serie A outfit at the end of the season, with Jose Mourinho taking over.

The Special One was sacked by Spurs a fortnight ago, and the north Londoners have been linked with a couple of names already.

Fonseca is the latest, and he fits the bill given that chairman Daniel Levy wants a young manager who cherishes attacking football.

Celtic are also looking for something similar in their next manager, and it is why Eddie Howe has been tipped as the favourite to succeed Neil Lennon.

However, with the former Bournemouth yet to sign with the Hoops, Fonseca could emerge as an option although the finances involved could be an issue.

Leeds United were linked with the former Shakhtar Donetsk boss over the weekend, with Sportitalia TV journalist Gianluigi Longari claiming they recently made contact with him.

With Marcelo Bielsa yet to pen a new deal at Elland Road, it appears that the Whites are putting contingency plans in place.

It seems Celtic and Spurs could now join them in the race for the 48-year-old, with Crystal Palace, Nice and Napoli also keeping tabs on him.

In other news, Arsenal reportedly join Spurs in the race for Italian manager.