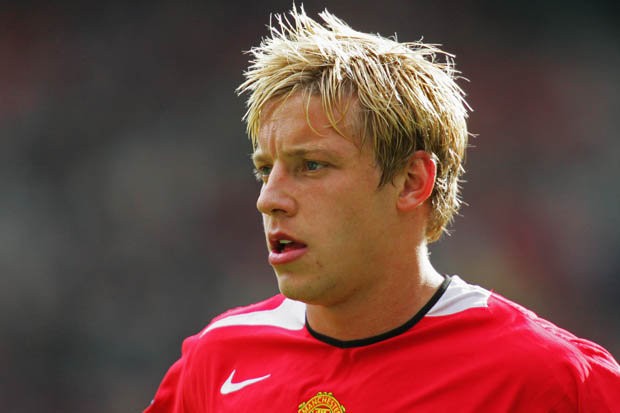 In a recent interview, former Leeds United hero, Alan Smith, has opened up on what led to his departure from the Yorkshire club to their fierce rivals, Manchester United.

Smith came through the youth ranks at Leeds, and represented the senior side for six years. During that period, he scored 56 goals in 228 games in all competitions. He was a hero and fan favourite, but his controversial move to Manchester United didn’t go well among the loyal fans.

The 36-year-old midfielder says that he left Leeds because he had no other option. We all know that Leeds went through a terrible financial crisis and the club sold him in an attempt to balance their books.

He said, as quoted by the Training Ground Guru:

I’ve never spoken about it because I’ve never felt I had to justify myself. By trying to justify the move I would have dragged the name of Leeds United through the mud and been disrespectful to Man Utd, by suggesting I only went there because I had to. I did say on telly that I’d never play for Man Utd. But Leeds always said they’d never sell me and I thought they’d never get relegated.

The new owners of the club told me that if I didn’t sign for Man Utd, there was a chance Leeds might go under.

Man Utd weren’t offering the most, but they were paying up front. I understood why people slagged me off – I did it myself when Eric Cantona left Leeds for Man Utd. But I was joining the biggest club in Britain, and it was a massive honour that Sir Alex Ferguson wanted me.

Smith understands the anger of some of the fans for his move to a rival club, but considers his move to United as a ‘massive honour’. He scored 10 goals in his first season at Old Trafford before Sir Alex Ferguson tried to convert him as a midfielder.

His career took a nosedive after he had suffered a serious ankle injury in an FA Cup tie against Liverpool. Smith admits he was never the same player after that.

Leeds have not returned back to the Premier League since their relegation in 2003. However, they have a great chance of getting promotion to the English football’s top tier, with Gary Monk guiding them to a strong position in the Championship.