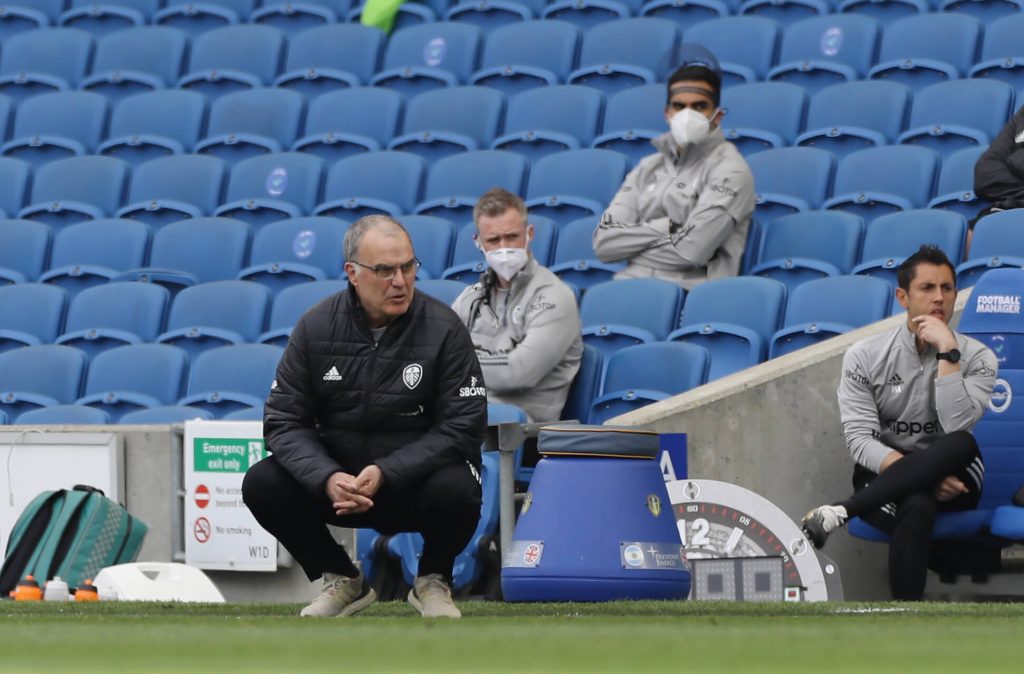 Tottenham Hotspur have been linked with Leeds United head coach Marcelo Bielsa, with reports claiming the club are considering him as Jose Mourinho’s permanent replacement.

The Argentine’s current contract at Elland Road expires this summer, and while there are fears he could walk away, The Telegraph’s Luke Edwards claims he is actually close to signing another extension.

The 65-year-old will reportedly pen another one-year deal and is already preparing for next season following talks with the Leeds board and owner Andrea Radrizzani.

The journalist also poured cold water on Bielsa’s links with Spurs, saying the Whites boss has no interest in moving to the club or living in London.

I’m also told Marcelo has no interest in the Spurs job or the thought of living in London #lufc https://t.co/INs252X3iM

The news will come as a huge relief to Leeds fans, and Spurs have to look at other managerial targets from the look of things.

They have been linked with a couple of managers in the Premier League and beyond since parting ways with Mourinho last month, and the Bielsa links might not go away anytime soon.

Leeds’ eye-catching style of play under him has caught the attention of everyone, and the fact that former Tottenham boss Mauricio Pochettino sees him as his mentor makes the recent links understandable.

Spurs want a manager capable of replicating the success the Paris Saint-Germain boss had in terms of the development of the players, and Bielsa’s track record at Leeds since 2018 speaks volumes.

In other news, Leeds could strike gold by signing £50m striking target</a.