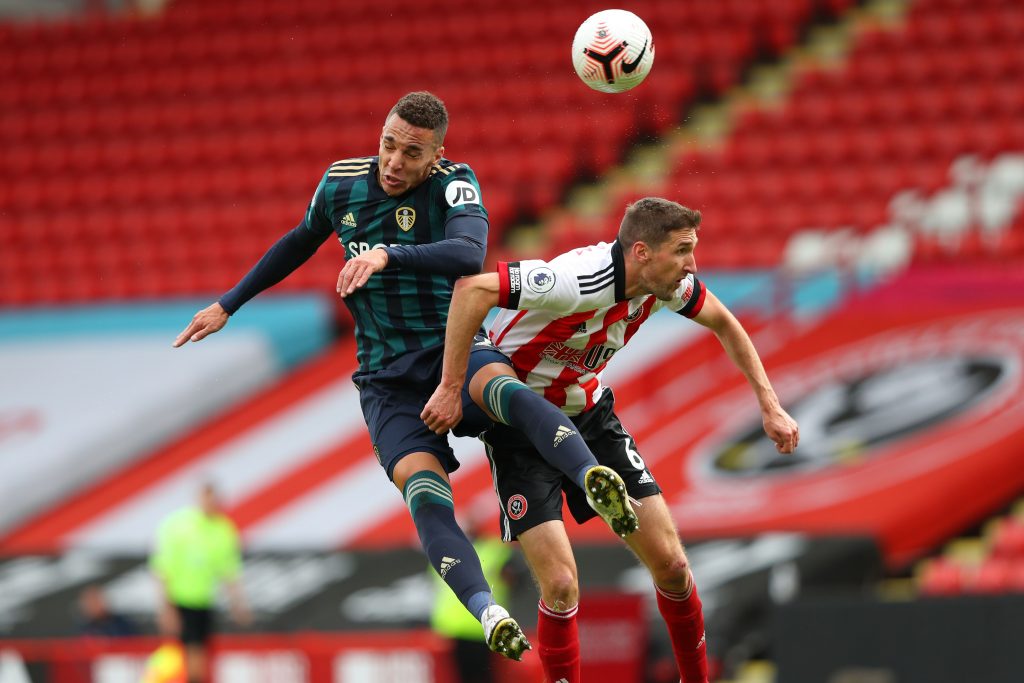 Leeds United secured back to back wins in the Premier League after edging out Yorkshire rivals Sheffield United 1-0 on Saturday.

Patrick Bamford’s late winner handed the Whites all three points against the Blades, who are still searching for their first points of the season.

The former Boro striker headed home with two minutes left to settle a tight clash against Chris Wilder’s side that saw Leeds producing a superb performance in the second half.

Leeds finally kept a clean sheet, having conceded seven goals in their opening two games, and it will please the fan base.

There were several top performers for Leeds during the game, and summer signing Rodrigo was one of them.

The former Valencia forward, who joined Leeds on a club-record transfer, looks to have settled down well at the Yorkshire club and produced a fantastic performance after coming off the bench in place of Tyler Roberts.

His movement and link-up play were excellent, and Leeds fans and pundits are very pleased with his effort. Here are some of the selected tweets:

Much better. He made a real difference when he came on for Tyler Roberts at half time. To be fair, Tyler was somewhat anonymous in the first half. But Rodrigo looked to be getting to grips better with Bielsa Ball. #LUFC

Won the tackle that gave pillow-foot the opportunity to cross for the goal. Another Spanish wizard

Very well. Showed flashes of quality. Will only get better the more he trains with us.

Changed the game. Was silky smooth and linked up the play very well

Excellent, will only get better as he develops a better understanding with the players

Trivia: Bamford has become the first player in Leeds’ history to score in his first three top-flight appearances for the club.

Next up, Leeds will face Manchester City at Elland Road on Saturday.