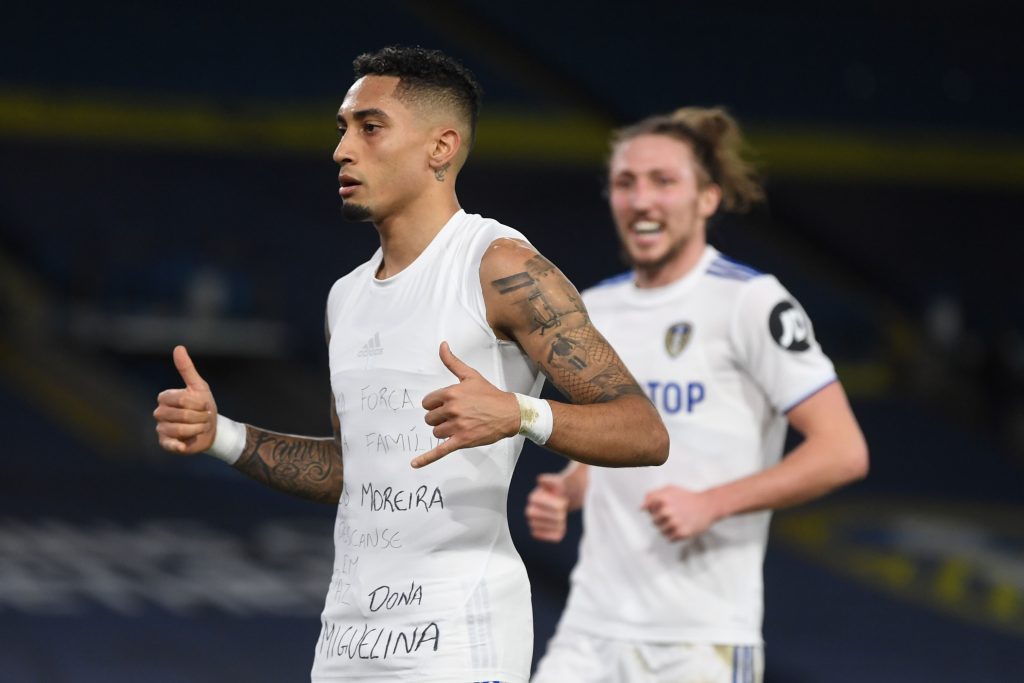 Leeds United moved into the top half of the Premier League table after beating Southampton 3-0 at Elland Road on Tuesday.

After a stalemate first-half, goals from Patrick Bamford, Stuart Dallas and Raphinha sealed all three points for Marcelo Bielsa’s side.

Raphinha scored from a direct free-kick 25 yards out with a curling effort leaving Leeds fans in absolute awe and admiration.

Mom for me great display all around , always for the team , goal no more than he deserves excellent #mot

I bet Raphinha can talk to snakes!!!!

Best player in a Leeds shirt I’ve ever seen

He is a joy to watch. Amazing footballer .

The Brazilian joined in the summer transfer window from Rennes for a reported fee of £17 million, and he has been one of the shining stars of the season.

He has been involved in 10 goals for Leeds (five goals, five assists) this season, and his signing looks an absolute steal.

Raphinha could have added more to his tally – in the first half, Oriol Romeu prevented him from shooting with a superb sliding tackle after he had broken away.

The 24-year-old could also have had an assist – he had cut inside to play a delightful pass to Diego Llorente but the Spaniard’s effort from close range was saved by Alex McCarthy.

However, it was his curling free-kick in the 84th minute that left everyone drooling over his tremendous quality. He also took his shirt off to reveal a message on his vest top, paying a touching tribute to Ronaldinho’s mother.

The message reads – “Much strength for the Assis Moreira Family. Rest in Peace Dona Miguelina”.