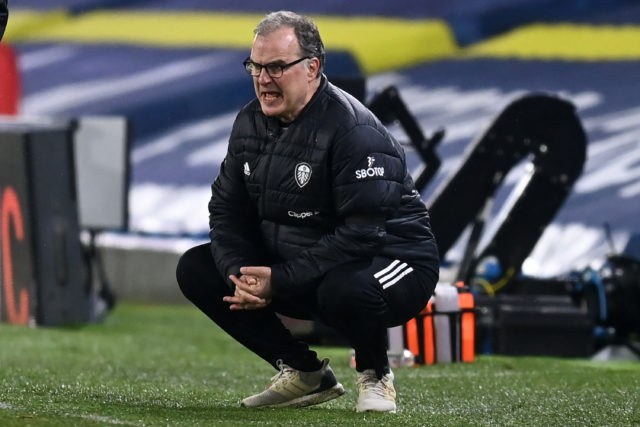 Leeds United will be looking to return to winning ways when they take on Crystal Palace in the Premier League at Elland Road on Monday.

After back-to-back wins against Newcastle United and Leicester City, Leeds suffered a 2-1 defeat against Carlo Ancelotti’s Everton in midweek.

Ahead of the match, Leeds boss Marcelo Bielsa has made an interesting comment in his press conference when he was asked about how high he’s aiming to finish in the Premier League this season.

This is what he said as relayed by Phil Hay.

And here is a look at some of the comments made by Leeds fans on Twitter.

Most fans would including me. But that's not Bielsa's philosophy and I love him for that

What a man! As long as we finish above 17th in this 1st season back I really don’t mind where we finish! It’s the best & most exciting brand of attacking football I’ve ever seen us play & it’s a joy to watch! Stick with Bielsa & we’ll continue to reap the rewards over time 🤍💛💙

Bielsa is the very epitome of the beautiful game, unsullied by crass professionalism of the modern game… magnificent

Integrity, plain and simple. Other managers should follow his lead.

Contrast to Mourinho for sure

Bielsa is a great manager and an intriguing character. He lives by his philosophy – which may be flawed – and that is what makes him an admirable personality.

Leeds, who are back in the Premier League after 16 years, have already exceeded expectations and they are aiming to get into the top half of the table.

The Whites have enthralled football fans all over the world by their attractive brand of football and that is something Bielsa takes pride in.

Leeds were heavily criticised when they suffered a heavy defeat against Manchester United, with some pundits even accusing Bielsa of being naive.

However, Leeds haven’t changed their philosophy. They have continued playing the way they know best and it has earned them favourable results as well.

In a way, Bielsa’s philosophy is in direct contrast with that of Tottenham Hotspur manager Jose Mourinho who prioritises results over style.