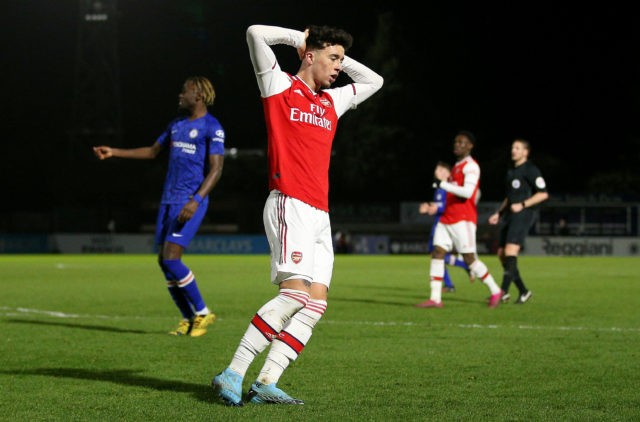 Leeds United have completed the signing of teenage striker Sam Greenwood from Arsenal.

The 18-year-old is joining the Elland Road outfit on a three-year deal and will link up with the under-23s, becoming the latest young player to join Leeds this summer following the arrivals of Charlie Allen, Cody Drameh, Joe Gelhardt and Dani van den Heuvel.

Greenwood believes he has a clearer path to first-team football at Leeds compared to Arsenal, and he will look to impress head coach Marcelo Bielsa as soon as possible.

The Whites have concentrated on strengthening their under-23s this summer as they prepare for the immediate future, and the England youth international could be playing Premier League football soon.

Leeds owner Andrea Radrizzani is glad that the deal is now finally over the line, reacting thus to Greenwood’s arrival on Twitter:

Welcome Sam. Another great addition to our youth team. The future is bright at @LUFC 👏👏 https://t.co/kThKyPI76p

Greenwood had 12 goals in 14 games for England under-17s, helping them to the European Championship last year.

He featured regularly for their under-23s and sometimes trained with the first-team, and while his departure is a potential blow to the Gunners, Leeds’ move for him could end up being a smart one.