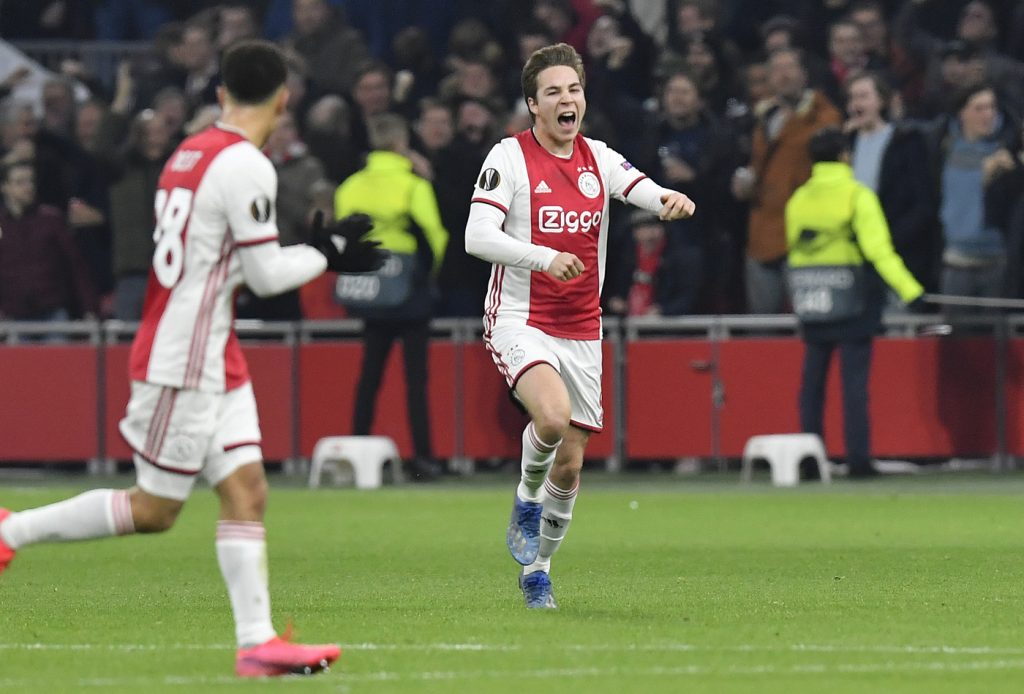 With nearly two-thirds of the Premier League season completed it looks highly likely that Leeds United will retain their top-flight status.

Marcelo Bielsa’s side are comfortably positioned in mid-table and look well equipped to stay there during the rest of the campaign.

However, as we reported earlier this week, the club are already planning for the summer transfer window to strengthen selected areas of the squad.

Signing direct cover for defensive midfielder Kalvin Phillips is high on the list, with the team’s performances dipping whenever he is absent.

Pascal Struijk and Mateusz Klich have been used in the deep-lying role, but neither player is particularly suited to the position.

Leeds are in the market for a player who would provide cover for Phillips rather than threaten his place in the team.

On that basis, the solution to their problem could well have been plying in his trade in the Championship this season.

Carel Eiting joined Huddersfield Town on loan from Ajax last September and produced some impressive performances for the club.

The Terriers were in touch with the play-off places heading into 2021, but have collected just two points since losing Eiting to a knee injury.

The 23-year-old is now recuperating with his parent club following an operation and is unlikely to play again this season.

This is not the first time that the midfielder has suffered a serious injury, but he has shown his quality when he has played.

The Dutchman came through the ranks at Ajax alongside Matthijs de Ligt, Frenkie de Jong and Donny van de Beek, highlighting his pedigree.

The fact that Ajax chose to loan Eiting out rather than offload him demonstrates that they still see a future for him at the club.

However, making the breakthrough at Ajax is never easy and Eiting may be forced to look elsewhere this summer.

With that in mind, he could prove to be a value-for-money option for Leeds during the transfer window.

While his injury record is a cause for concern, acting as back-up to Phillips would put less strain on his body.

Ajax are not in the habit of producing bad players and Eiting would be a positive addition to Leeds’ squad.