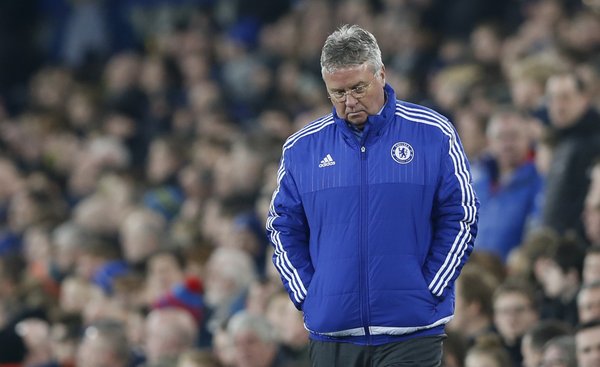 Chelsea were defeated 0-2 by Everton as both clubs tried to salvage their season through this competition. Two goals from Romelu Lukaku gave the Toffees a much desired win.

The post match headlines were dominated by Diego Costa as he was seen attempting to bite Gareth Barry in the middle of the match. The Spaniard was sent off but the FA is expected to still play a part on what’s going to happen to the Brazilian born Spain international next. Sadly for Chelsea, this is the only headline they could make after the performance they put in during the game. Here are the other talking points from the quarter-final:

Chelsea’s season is over in March

With the Blues out of the Champions League and the possibility of finishing in the top 6 arguably uphill, Chelsea’s hope of making this season a little successful came from the FA Cup. With this gone, their season is effectively over in March.

Their success last season meant they were made favorites to retain the title, do well in domestic cups and solidify their worth in the Champions League. What has ensued however, is the stark contrast. Mourinho is gone and on the verge of joining their rivals in Manchester, their captain along with being the most influential and experienced player, John Terry, is leaving the club and the Blues are out of every single cup competition and are in the 10th place in the Premier League. Perhaps it’s time for rumored manager Antonio Conte to prepare to build a philosophy, and not a ‘super-team’.

Former Chelsea player Romelu Lukaku is worshipped by Everton fans and the game against Chelsea illustrated why. The Belgian was excellent throughout the game. He held up play with dominance, and finished the two real chances presented to him with ease and effectiveness. He bullied his former team completely in defence. Taking into account the stage, this could be Lukaku’s best performance in the Everton shirt.

The Belgian’s game has developed immensely in the last 3 seasons. He has proved to be a game changer, and is now transforming to be a game winner. Considering he is only 23, it is difficult to not think he can become one of the best strikers in the world and at a time where there seems to be a genuine dearth of elite strikers.

12th placed Everton are below Chelsea in the Premier League and the FA Cup remains their last resort for success and a European spot next season. A player like Lukaku deserves it and Everton must realize the worth of it as they look to keep him beyond this season. Making allowances for the form he is in right now, there is no doubt offers will come pouring in the summer and top clubs won’t shy away from spending a lot to get his services.

Under pressure Roberto Martinez does well

After the bizarre 2-3 loss against West Ham in the league recently, Roberto Martinez has come under a lot of attack. The manager’s strange substitutions and tactical stubbornness were cited as the reasons why Everton blew up their 2 goal lead in the last 15 minutes. On Saturday however, Martinez made amends and set up his team brilliantly. Everton didn’t allow Chelsea any space to exploit. The manager focuses on playing attacking football which is usually pretty on the eyes but his team falters defensively. Against Chelsea, Everton remained tight at the back and on the flanks where they have recently been vulnerable. The fact that Chelsea didn’t have a single shot on target from open play and only one throughout the game courtesy a Willian free-kick speaks volumes about the way the Everton midfield and defence operated.

This is where Martinez becomes frustrating. He has been tactically brilliant in a few games but his managerial skills have been pretty poor in some. For Everton to consistently churn out results and threaten the teams at top, the manager will need to be more consistent.