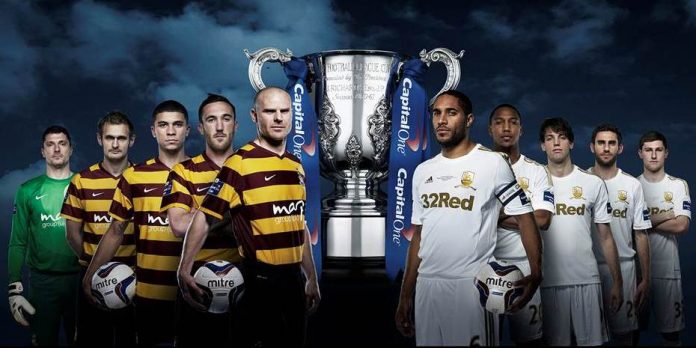 Bradford City have their work cut out if they are going to cause another upset and win the League Cup final against Swansea City this weekend.

However, Swansea are not on a great run of form through February with a current record of two defeats and a single win. They go into this match off the back of a thumping 5-0 defeat away at Liverpool.

Swansea managed to power past Chelsea in their semi-final thanks to a brilliant first leg performance which saw them secure a 2-0 lead that they never gave up. Swansea also defeated Liverpool in an earlier round to get to this point.

The biggest blow in terms of absentees for Swansea is Neil Taylor who is possibly out for the rest of the season. Taylor broke his ankle during the match against Sunderland near the start of January.

Bradford are 11th in League Two and chasing the play-off places which are currently eight points away. Bradford have accumulated 12 wins so far this season from their 31 league games.

However, it’s their form in this tournament which is most relevant. Bradford have overcome the challenge of two very experienced and established Premier League sides; Arsenal and Aston Villa.

They held their nerve to beat the Gunners on penalties before outplaying Aston Villa over two legs despite hanging on at the end of the second leg of their semi-final.

The relevance of this is that they have proven they can compete against and beat Premier League sides on more than one occasion which will give them a great feeling of belief heading into this match.

Bradford have all of their key players fit and available for this match which gives them the best chance of securing another upset against Premier League opposition.

There is nothing between the sides in terms of their head to head record with 20 wins each and all other matches ending in draws. They have never met on a neutral ground in any competition.

Bradford are likely to show a lot of heart in this game but Swansea shouldn’t make the same mistake as their Premier League colleagues. Bradford City 0-2 Swansea City.