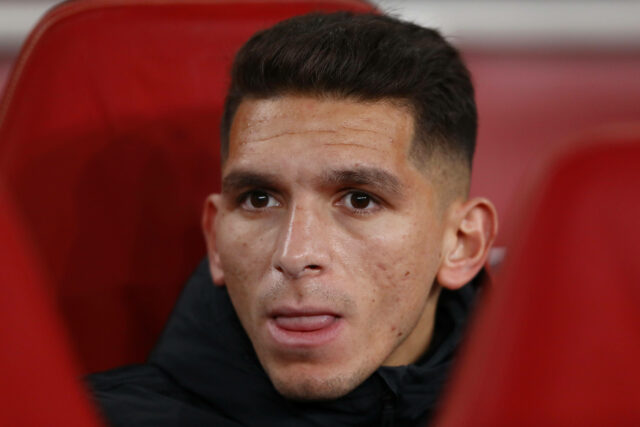 According to La Gazzetta dello Sport (h/t Foot Mercato), Lazio could reignite their interest in the 25-year-old this summer.

Torreira joined the Gunners in 2018 from Sampdoria. The Uruguayan international has made 89 appearances for the north London club, scoring four goals.

He spent last season on loan at Atletico Madrid, where he made 26 appearances and helped the team win the La Liga title.

Lazio had previously shown interest in him, and now they want to reignite their interest.

However, they need to offload some of their first-team players to make room for his arrival.

Arsenal are willing to send Torreira on loan, with an option to sign him permanently. He has previously claimed that he would welcome a move to Italy.

Torreira was absent for the Gunners in all the pre-season games that led to many people speculating whether the club plan to let him go.

According to football.london, Torreira was given extra time off to recuperate following his involvement at this summer’s Copa America.

Uruguay are on the red list for the UK in the government guidelines for the coronavirus.

Torreira had to travel via another country to avoid being stuck quarantining in a hotel for 10 days.

Read: Arsenal are in advanced talks to sign Aaron Ramsdale.