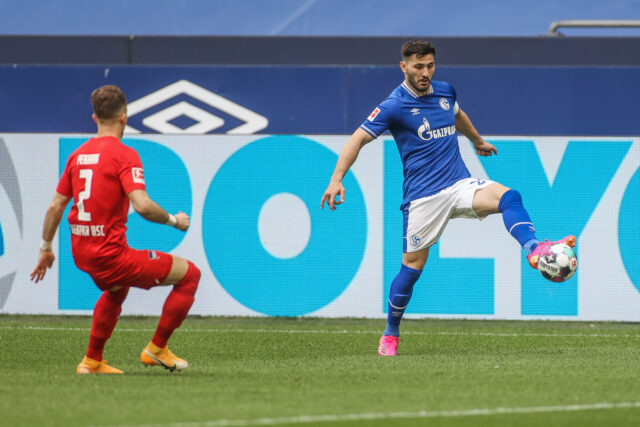 Arsenal are likely to offload a host of fringe players this summer.

The Gunners are looking to make room for new additions, and one of the players who could leave the club is Sead Kolasinac.

The 27-year-old spent the last few months on loan at German club Schalke.

They suffered relegation from the Bundesliga last season and are unable to sign Kolasinac permanently.

He is set to return to the Emirates Stadium this summer, but it looks like he has no future under Mikel Arteta.

According to Calciomercato, Lazio and Napoli have contacted the defender to bring him back to Serie A.

Arsenal will be delighted that there are suitors who want to sign Kolasinac and that there’s an offer on the table.

Kolanisac is keen to move to Italy, and Arsenal will be more than happy to get his £100,000-per-week off the wage bill.

Meanwhile, Dinos Mavropanos is on the verge of completing a permanent move to Stuttgart for around £7 million.

The centre-back spent last season on loan at Stuttgart. He has made only seven Premier League appearances for the Gunners following his 2018 move from PAS Giannina.