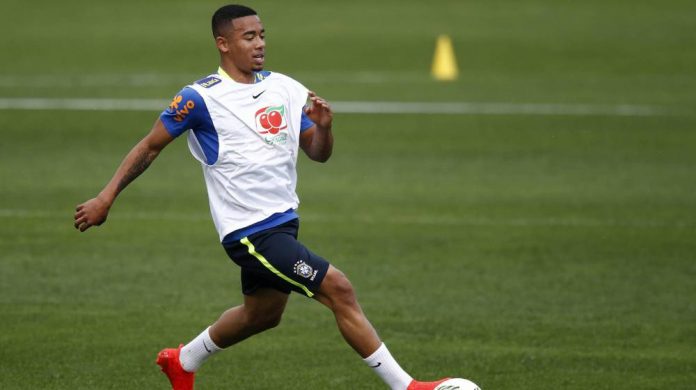 Gabriel Jesus’ transfer saga to Europe has been a right mess so far.

A few days ago, the player seemed destined for a move to Barcelona. Then came the interest from Manchester City and apparently their new manager Pep Guardiola swung the deal in City’s favour with a phone call.

Yesterday, reports emerged that the player has snubbed both Manchester City and Barcelona for a move to Real Madrid. The Brazilian has supposedly signed a pre-contract agreement and could join Los Blancos in January 2017 or next summer.

This is however, not the end of the story.

Apparently, Manchester United are willing to try their luck as well. According to latest reports, a bid of 35 million Euros is close to being submitted for the young attacking midfielder.

To add to the drama, the player’s agent has confirmed to SportWitness that Manchester City have not many any offers for the player so far.

As things stand, it is quite evident that the player is far from completing a transfer and nobody actually has a clue as to where he will end up.

As far as facts are concerned, so far we know that the player has a €30m release clause and could join the top five European clubs (Real Madrid, Barcelona, PSG, Bayern, Manchester United) for €24m due to a clause on his contract.

More or less every top club has been linked with the player so far, with the exception of PSG and Bayern Munich. Now there’s something for the rumour mill to work with.