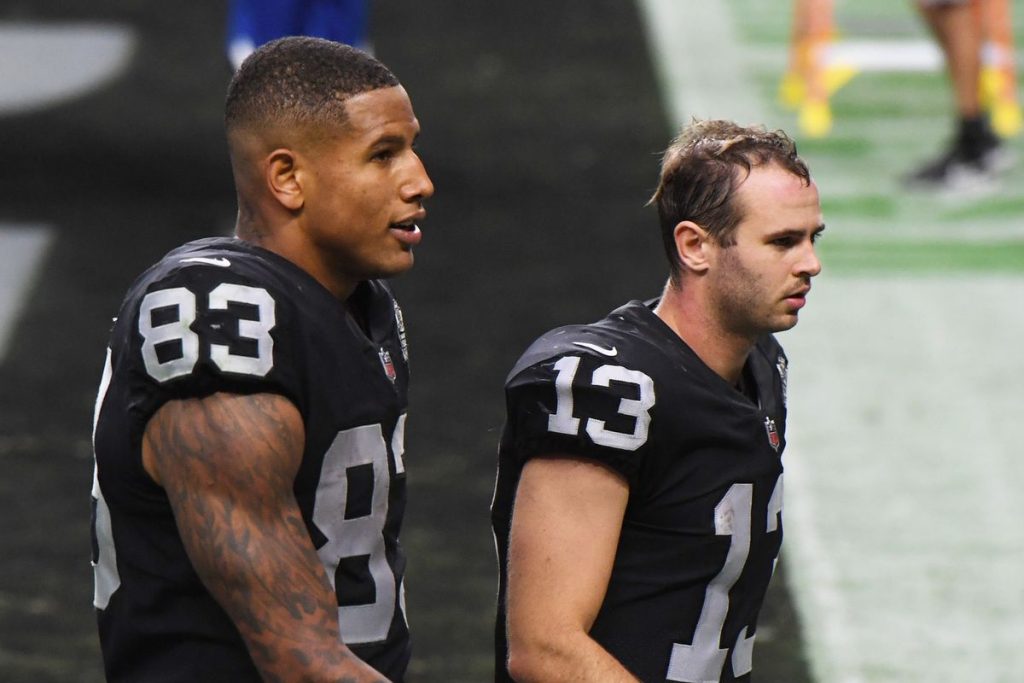 Waller has been out a couple weeks due to a hamstring injury he suffered back in week 5. Even with a bye week mixed in there, Waller has yet to take the field.

Raiders are placing TE Darren Waller on injured reserve, per source. Waller aggravated his hamstring injury and the team believes this will give him four weeks to get it healthy and come back to finish the season.

He reportedly aggravated the hamstring injury this week and Las Vegas decided to put him on injured reserve. Waller has had one of his worst seasons so far. He’s managed only 16 receptions in the 5 games he’s played this season while only catching one touchdown.

Waller has been one of the better career resurgences over the last couple of years due to his past life. Injuries have hampered him for the past two years, but he is still one of the best tight ends in the NFL.

In his Pro Bowl season in 2020, Waller had 107 receptions for 1196 yards and 9 touchdowns. He has been quarterback Derek Carr’s favorite target until Davante Adams was recently acquired from the Green Bay Packers.

Waller being out for at least the next four weeks, tight end Foster Moreau will likely step up into the starting role. The Las Vegas Raiders also placed wide receiver Hunter Renfrow on Injured Reserve due to an oblique injury. Look for wide receiver Mack Hollins to fill the void while Waller and Renfrow are out.

Maybe Las Vegas will go to a more run heavy approach with the absence of Waller. Running back Josh Jacobs has had his best season to date. After the Raiders declined his 5th-year option, it seems like Jacobs has something to prove and has shown that he can be an every down running back.

The Las Vegas Raiders are +800 to make the playoffs according to NFL betting sites. This injury to Waller and Renfrow will not help those odds or the team in their playoff chances.