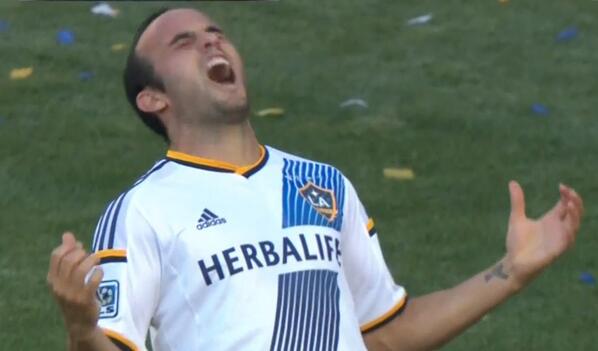 Three days after shockingly being dropped from the USA’s World Cup squad by Jurgen Klinsmann, Landon Donovan ended an eight-month wait to break the all-time MLS goalscoring record with his 135th goal early in the second half against the Philadelphia Union Sunday night at the StubHub Center.

That Donovan would break the record tonight was inevitable. He’s a big-game player. Always has been, always will be.

Donovan added his 136th goal to make it 4-0 LA Galaxy before exiting to a thunderous ovation.

It was a statement evening from the best American soccer player ever, who was dealt his most crushing personal blow just days before.

In his first comments to the media about his cut after LA training on Saturday, Donovan made it crystal clear that he was having a very good camp at Stanford. Donovan said that he thought his role had increased on the team based on his play, and that he was in contention for a starting role.

“I think if I’m being judged solely on what happens in camp, then I absolutely deserved to be going to Brazil,” Donovan said.

Klinsmann admitted that Donovan “did everything right” in his ten days in camp.

The bizarre timing of the cuts – which Klinsmann said just two days before he would wait until or around FIFA’s mandated June 2nd to make – makes you wonder if Klinsmann had to act because Donovan was in danger of clearly playing his way onto the team.

Michael Parkhurst of the Columbus Crew, who was also one of seven cuts, said yesterday, “I just think that his mind was set up even before the camp was started.”

Brad Evans was skeptical too, and he trained almost exclusively out of position at center-back in camp, while Donovan was pigeonholed at forward, even though he’s versatile and mostly plays in midfield.

It makes you wonder why Klinsmann brought 30 players to camp, instead of just naming his 23-man roster beforehand. He ended up making his cuts before even one of the US’ three scheduled friendlies. Their first is against Azerbaijan on Tuesday night at Candlestick Park in San Francisco.

The pressure is mounting on the coach, who looks worse and worse with each passing day. He probably wasn’t watching Donovan’s revenge game. He probably wishes Donovan didn’t exist.

But he does. He broadcasted that loud and clear for the whole world to hear on Sunday night, and Klinsmann now faces the most uncomfortable of months. 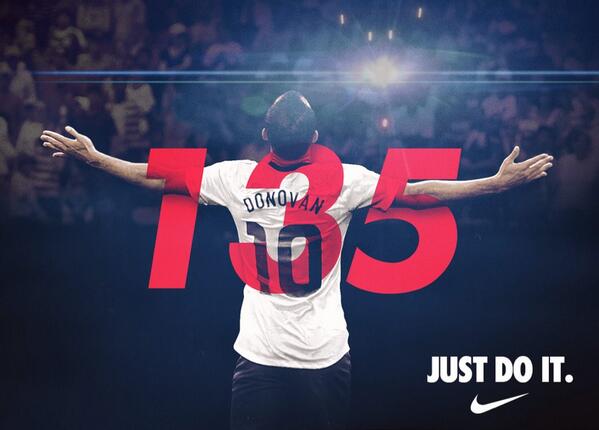