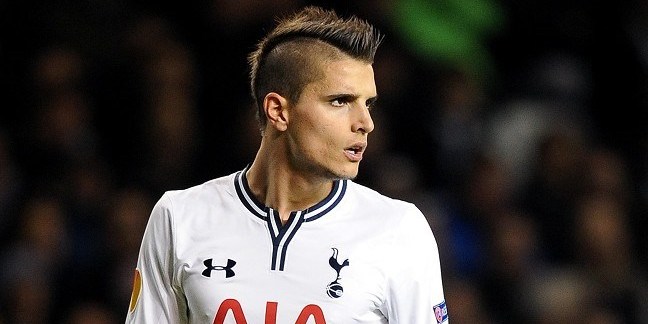 According to Italian newspaper Gazzetta dello Sport, the agent of Tottenham misfit Erik Lamela has flown to Italy, and will meet with Inter Milan officials in the next few days.

The report (via tuttomercatoweb.com) claims that the Argentine’s agent, Pablo Sabbag, will look to negotiate a loan move to the Nerazzurri for his client during the January transfer window.

The former Roma attacker has endured a miserable start to his Tottenham career, and has only played 331 minutes of Premier League football this season.

Restricted to fleeting cameo appearances, rumours of his discontent have started to do the rounds, and the Gazetta’s report  is the latest in a saga that may well be finished with by the end of January.

Here at Soccerlens, we have followed proceedings closely, and we brought you the news last week that Juve and Atletico were also following the 21-year-old.

Lamela’s personal stance is unclear at this juncture, but it would a surprise if Tottenham supremo Daniel Levy permitted his £30m summer investment to depart in January, even on loan. Known for his tough stance in the transfer window, it would take a particularly tempting deal to even make him look twice.

Inter have little with which to offer Spurs bar straight cash incentives, and it is Chelsea that would surely benefit the most from any deal. With their purchase of Fredy Guarin reportedly at an advanced stage, the Serie A club’s signing of Lamela on loan would surely see the Colombian safely onto the plane for West London.

What do you think? Will Spurs let Lamela leave on loan? Let me know in the comments below…