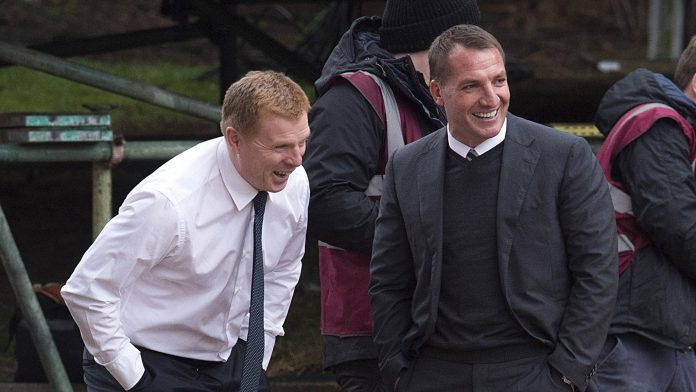 Celtic proved they are still head and shoulders above Rangers during Sunday’s Old Firm clash at Ibrox.

The Hoops secured a 2-0 victory to make a huge statement of intent as far as the quality between both teams goes, and Steven Gerrard’s men will have to do better than they did on Sunday to have a chance of mounting a stronger title challenge than they did last term.

While Neil Lennon’s style isn’t in any way similar to Brendan Rodgers’, the Celtic boss delivers the goods.

The erstwhile Hoops boss still keeps an eye on the Scottish Premiership, but as Kris Boyd has found out, he is not a fan of pundits criticizing his style of play on TV.

Rodgers took offence when the former Rangers star spoke of how Lennon got a result despite not being very keen on possession football or an eye-catching style like his predecessor, and Boyd revealed that he texted him post-game.

“I’ll not reveal everything the bold Brendan messaged me because I don’t think that would be fair,” the former striker told The Sun.

“But let’s just say he didn’t take too kindly to my critique on Celtic that pointed out how Neil Lennon’s team didn’t need to play tippy-tappy football to beat Rangers.

“I wasn’t even being particularly critical, all I did was point out how Lennon’s style of winning was different to Brendan’s. He obviously didn’t see it that way.”

Lennon hasn’t particularly won Celtic fans over like Rodgers did, though, but leading them to a domestic treble this season will be a good way to start.

Ten-in-a-row remains the ultimate dream and goal, and the Hoops boss will definitely become a legend all over again if he does guide the team to the next two Premiership titles.