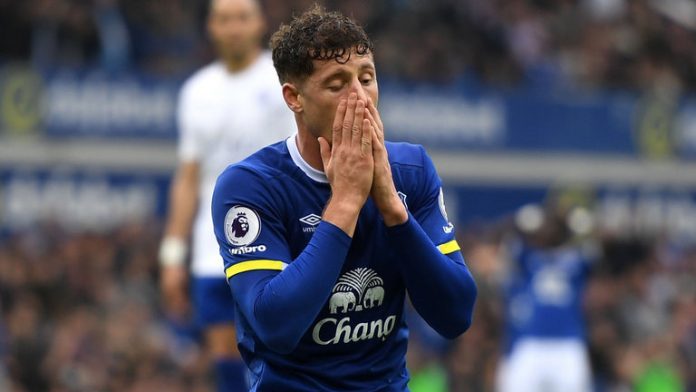 The midfielder found himself out of favour under Koeman, but caretaker boss David Unsworth says he will try to persuade the midfielder to stay at the club.

The England international’s future is in doubt as he enters the final six months of his contract at Goodison Park, but Unsworth told Sky Sports he wants the 23-year-old to commit his future to the club.

“I would absolutely love him to stay,” Unsworth said.

“I would love him to be persuaded by myself, the chairman (Bill Kenwright) and Farhad (Moshiri) to stay and sign a contract because we should not be losing players of his quality.

“He is a great player that has come through our ranks and I feel strongly that we shouldn’t be losing our own players.

“I have not spoken to him about that since I spoke to the chairman yesterday, but I will be doing.

“I would love him to sit down with me and have a cup of tea and discuss the possibility of signing and staying here, because we love him and he loves Everton.”

Barkley’s fall from grace under Koeman came as something as a surprise, although the Dutchman is believed to struggle handling big personalities in the dressing room.

If Unsworth can persuade him to stay it would be a major boost for Everton, although it’s likely that Barkley will wait to see who gets the manager’s job before deciding on his future.