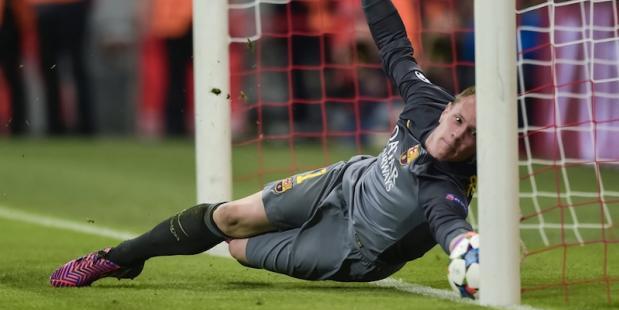 Liverpool are unbeaten in all competitions since Jurgen Klopp has taken over the reigns at Anfield. The German manager replaced Brendan Rodgers as the Reds’ new manager last month after the English club endured a poor run under the guidance of the Northern Irishman.

Klopp is working with the group of players at Liverpool and has already identified the area he needs to strengthen. According to Spanish publication Sport, the former Borussia Dortmund boss wants Barcelona goalkeeper Marc-André ter Stegen in England.

Simon Mignolet is the Reds’ first choice keeper at Anfield. Rodgers signed Ádám Bogdán in the summer transfer window and he is the backup for the Belgium international. Klopp is not happy with Mignolet in front of the goal.

Liverpool’s new manager has made Ter Stegen a priority signing and wants Barcelona stopper in England for the next season. He joined the treble winners from Borussia Mönchengladbach in 2014.

Having played in the Bundesliga, Klopp is aware of the German international’s potential. At Barcelona, Ter Stegen faces competition from Claudio Bravo. Last season under Luis Enrique, Ter Stegen was used only for the Champions League and cup games, with Bravo starting in the league matches.

Klopp has assured his compatriot that he will face no challenge if he makes a switch to Anfield. He is the admirer of Barcelona stopper and tried to sign him for Dortmund when he was at Mönchengladbach.

Ter Stegen has €80m release clause in his contract, which is set to expire in the summer of 2019. He is a star player at Barcelona, but will face heavy competition from Chilean international Bravo for a place in the starting lineup in all competitions.

if the La Liga goalkeeper joins Liverpool, it could likely bring an end to Mignolet’s time at the club. Even if he decides to continue, it is difficult for him to beat Ter Stegen for the goalkeeping position.