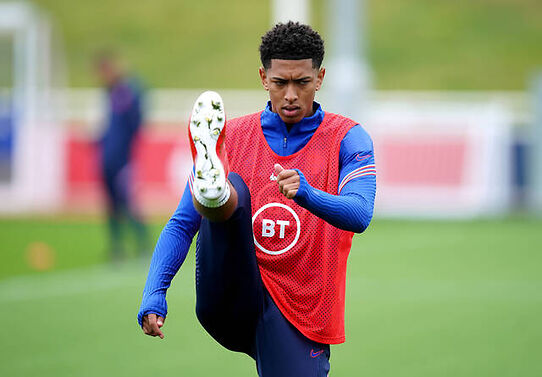 The 18-year-old is arguably one of the best young talents in world football, and he was impressive last season for Borussia Dortmund.

Bellingham started the match for England against Andorra on Sunday, and Trippier was full of praise for the youngster.

The Atletico Madrid full-back has hailed him as an “unbelievable talent”, and said that Bellingham has got a bright future.

Trippier said after the game: “For such a young age you see the maturity from him – the way he plays for his club and country. And he has shown tonight the energy he has got, and the quality.

“He is an unbelievable talent. For such a young age, for sure he has got a bright future ahead of him.”

The midfielder has been heavily linked with a move to Liverpool, while Premier League champions Manchester City are also monitoring his situation.

Back in June, the Daily Mirror claimed that Bellingham is set to open talks with Dortmund over a new contract. The German club want to reward him by doubling his wages to around £85,000-a-week.

Liverpool have a solid pool of midfielders but Bellingham would be a massive signing for the club. He is a frightening young talent who is expected to get even better with age.

The Reds have spent little compared to other top six clubs this summer, and with revenue likely to increase (match-day revenue will be high), Liverpool should look to make necessary additions irrespective of where they finish this season. Bellingham should be one of their top priorities.