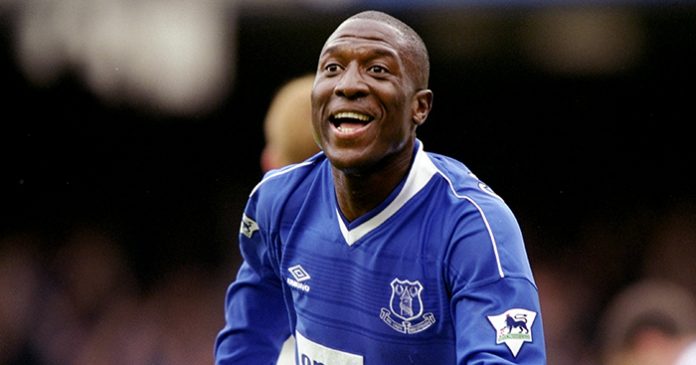 Ahead of Everton’s opening Premier League game away to newcomer Wolves, former Toffees player and club hero Kevin Campbell has urged the fans to support the new management.

Everton didn’t enjoy a great 2017-18 campaign and finished eighth in the Premier League. The club went through a massive rebuilding phase after replacing Sam Allardyce with a young and dynamic manager in Marco Silva.

The former Watford boss was properly backed by the club owners and he managed to bring in the right profile of players needed to take the club forward.

Campbell took to social networking site Twitter and has urged the Everton fans to get behind their new manager and support the new regime. There is an optimism among the supports that the new regime is trying hard to bring success at the club, and Campbell has suggested that the new management should be given proper time.

Dear Evertonian’s,
The new management team are doing all they can to bring the club success so after all the past problems let’s get behind Silva and support the new regime. It might not be perfect to start with yet let’s give them the time to build a stronger Everton! ⚽️???

It has been a brilliant summer transfer window for Everton with Silva bringing in some very good players to bolster his squad.

The midfield area has been strengthened with the capture of Andre Gomes from Barcelona on loan. Silva has added depth and quality in the attacking midfield areas by signing two very good players in Richarlison and Bernard.

The defence has been bolstered with the capture of Yerry Mina and Lucas Digne from Barcelona, and Kurt Zouma on loan from Chelsea.

Furthermore, the club has done well in shipping out some of the unwanted players. The signings have been very good, but the players will still require time to adapt to Silva’s philosophy.